The recruitment process for a new Managing Director has already commenced.

• KAA chairman Issac Awuondo said he served with distinction and he wished him well in his future.

• The announcement comes just days after Kenya Airways reported a Sh8.6 billion loss for the six months to June 30. 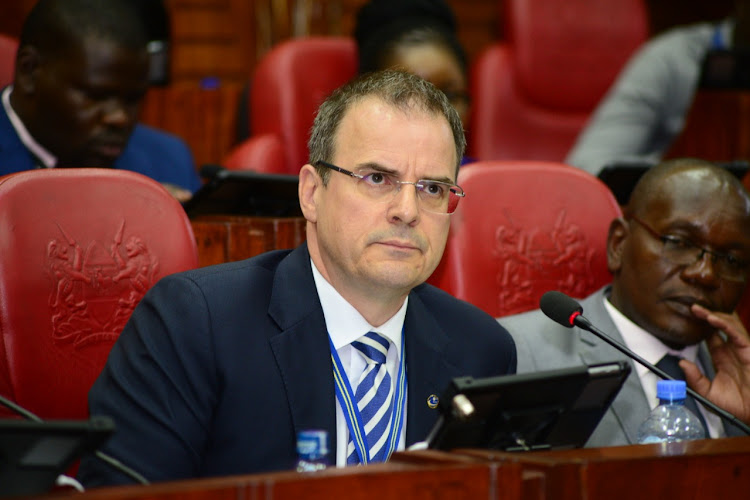 KAA through a statement on Friday said Andersen has been working since 2016 and opted out of the contract which was to expire on November 21, 2019.

"Andersen brought a good knowledge of the industry and the ability to forge consensus amongst stakeholders," the statement read.

"During Jonny's tenure, we built a strong foundation for future growth, including strengthening our management team, improving our operations and enhancing customer service."

KAA chairman Issac Awuondo said he served with distinction and he wished him well in his future.

The authority said the recruitment process for a new CEO/Managing Director has already commenced.

The announcement comes just days after Kenya Airways reported a Sh8.6 billion loss for the six months to June 30.

The net loss more than doubled compared to the Sh4billion loss reported in a similar period last year.

The airline's CEO Sebastian Mikosz, announced his exit in May this year on “personal grounds” with his last day in office set for December 31, five months before the end of his three-year contract.

He was appointed CEO in May 2017, taking over from former CEO Mbuvi Ngunze with his more than 20 years experience in executive management in both the public and private sector being counted on to help KQ recover.

KQ CEO Mikosz to quit before end of his contract

Mikosz announced the news in a letter sent to employees, without giving a reason.
Business
3 years ago
Post a comment
WATCH: The latest videos from the Star
by LYNDSAY NYAWIRA
News
30 August 2019 - 15:32
Read The E-Paper