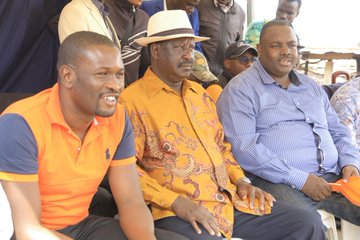 ODM has postponed the nomination of a candidate for the Kibra MP by-election by a week.

In a statement on Wednesday, executive board chairperson Judith Pareno said the move was caused by a lack of provision of security by the National Police Service.

The party said police are held up providing security for census.

The nomination will now be held on September 7 instead of August 31.

ODM on Tuesday submitted to the IEBC the names of 11 out of 20 aspirants after nine failed to comply with the requirements set out by the party.

A total of 23 people had picked application forms for the nomination exercise slated for August 31.

Pareno had on Monday told cleared aspirants to pay Sh200,000 fees by midday Tuesday or be locked out of the nomination.