Why East African leaders should call for rights reforms in Eritrea

Most teachers say the lack of freedom and control over their lives has ultimately caused them the greatest suffering.

• Life as a public secondary school teacher across East Africa is tough, but in Eritrea, hardship takes on a whole new meaning.

•  While the government has started to provide salaries to national service teachers, around $200 a month before deductions, teachers told Human Rights Watch they still struggle to survive. 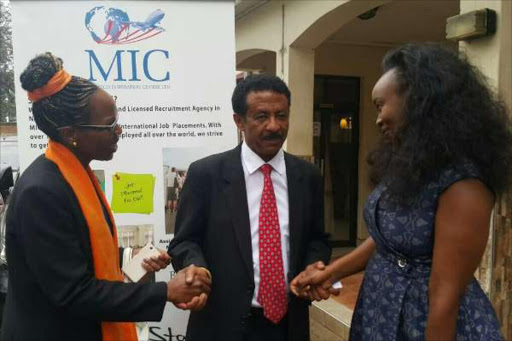 “I became what they wanted me to become; now I want to become my own person,” a 25-year-old former secondary school teacher in Eritrea told me, explaining why he fled to Sudan in 2018.

Life as a public secondary school teacher across East Africa is tough, but in Eritrea, hardship takes on a whole new meaning.

Most teachers are national service conscripts. The government forces them into teaching, often posts them far from their homes to teach subjects they have little expertise, and makes them stay in these post for years, often indefinitely.

Most Eritreans aged 18-50, some younger or older, are forced into national service. They are placed on a conveyor belt into national service during their last year of secondary school at “Sawa”, a military training camp in the west of Eritrea near the border with Sudan. This August, as each year, thousands of Eritreans will be separated from their families and bused off to the remote, hostile Sawa. From there, they are forced into the military or – after college – a civil job.

This indefinite national conscription - essentially forced labour - has earned Eritrea the reputation as one of the most repressive countries on the continent and has sent hundreds of thousands of Eritreans, many of them children, into exile.

In July 2018, Eritrea signed a peace agreement with Ethiopia, after a two-decade stalemate. While this put an end to the government’s never a legitimate excuse for indefinite national service, sadly nothing has changed.

Since early 2018, Human Rights Watch spoke to 73 secondary school students and teachers to examine the abusive nature of national service and its impact on teachers’ lives and education.

Teachers have no choice in their assignments. When one new graduate tried to challenge the decision, the military commander in the assignment office said: “If you are Eritrean, you have to do as we say. If you don’t go, you will be arrested.”

“It’s unlimited service,” said a 25-year-old assigned to teach who fled in 2018. “If you are sent with the National Service to teach physics, you will be a physics teacher for life.” A teacher assigned to a vocational training centre at the Sawa military camp said: “Of the 54 teachers at the centre, 14 had been there for more than five years. I guess they stayed there without complaining, without living.”

While the government has started to provide salaries to national service teachers, around $200 a month before deductions, teachers told Human Rights Watch they still struggle to survive.

Most teachers told us that the lack of freedom and control over their lives ultimately caused them the greatest suffering.

For the students, the instruction is poor due to a largely unmotivated, and often absent, teaching corps -with many teachers skipping classes and others fleeing abroad. Sometimes students have no teacher for weeks on end.

“There were 50 teachers from Asmara in my round, and by the end of the year, 30 had left,” one former student told us. “The problem was for the teachers who remained, they had to teach four or five classes per day to replace the others, and they were so tired, so they would just give us a subject and tell us to look into it ourselves.”

The government has acknowledged some of the problems with educational quality. But the enforced conscription of teachers remains a taboo subject for Eritreans and for international supporters of the country’s education system.

There is no recourse for teachers and students to express grievances over the education system other than to flee. Yet anyone caught fleeing risks lengthy detention in dire conditions, and even torture.

A teacher who’d spent over a decade in service was caught fleeing in late 2017 and imprisoned for six months: “I was taken in an underground prison in Tessenei. We were sitting one on top of the other, it was very hot and crowded.” He was forced back into teaching, this time without pay.

The exodus shows no sign of abating. According to a former government official, teachers’ dropout rates have increased since the peace agreement.

Regional leaders engaging with President Isaias Afewerki or seeking to do business in Eritrea should care about this situation. They should press for an immediate commitment to restrict national service to the legally stipulated 18 months and to create skilled, committed civil servants who voluntarily chose their professions.

“To inspire the next generations, we must have role models,” said a secondary teacher. “If we see someone who does good at school and goes on to get a good job, it would give us hope. Teachers should be voluntary and be happy to teach.”

Right now in Eritrea, neither teachers nor their students have much to hope for.

Laetitia Bader is a senior Africa researcher at Human Rights Watch and author of the new Human Rights Watch report, “‘They Are Making Us Into Slaves, Not Educating Us’: How Indefinite Conscription Restricts Young People’s Rights, Access to Education in Eritrea.”

The UN Security Council has unanimously agreed to lift sanctions against Eritrea after nine years.An arms embargo, asset freeze, and travel ban were ...
News
2 years ago

President Uhuru Kenyatta has lauded the handshake between the leaders of Eritrea and Ethiopia in Asmara.Ethiopian Prime Minister Abiy Ahmed arrived ...
News
2 years ago

No one saw it coming, but a lasting peace deal may have for Ethiopia and its longtime sparring partner, Eritrea. The two countries, which share a ...
News
2 years ago
by Laetitia Bader
News
18 August 2019 - 15:27