How state plots to watch your every move

•The state wants to know all the buildings you enter 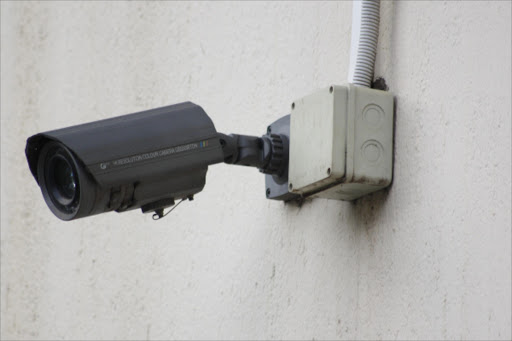 CCTV cameras on a building in Nairobi.
Image: FILE

The government will soon be able to watch your every move from the time you leave your house and return if a new policy is adopted.

This means the State will be able to know with ease, where you sleep, where you wine and dine and perhaps even your latest girlfriend or boyfriend.

The draft national CCTV policy, whose public participation window, closed yesterday, makes it mandatory for cameras to be installed in all public spaces.

These include hotels, hospitals, clubs and supermarkets, places of worship and apartment blocks. This will be indiscriminate surveillance of all public spaces.

The cameras will be connected to the national grid from where the government can easily access data.

Under the policy, all institutions, businesses, and facilities with public areas will be required to ensure that those places are covered by CCTV systems.

However, the policy has triggered an uproar with rights groups terming it intrusive and injurious to people's rights to privacy.

Amnesty International asked the government to suspend the draft policy until “a human rights compliant data protection law is enacted in Kenya”.

The government will soon be able to watch your every move from the time you leave your house and return if a new policy is adopted. See story https://bit.ly/2z0Zgm7

Kenyans who install CCTV systems in their homes and business premises will also have to register the same with the government.

According to the policy, those who install CCTV systems will have to ensure their systems are compatible with the government’s own digital security network.

The standardisation is likely to increase the cost of installation as substandard cameras may not be compatible with the government system.

The Ministry of Interior says the objective of the policy is to guide the installation, operation and management of all CCTV systems in public and private premises.

It’s also meant to promote their use as a mechanism to deter, detect and prevent crime for a safe and secure nation.

“The increased level of crime in the public places has necessitated various institutions and individuals, both public and private, to use CCTV as a tool to address the security challenges," explains the Interior ministry.

"However, the installations have been taking place without any guideline and the objective of this policy is to guide installation, operation and management of all CCTV systems in public and private premises while promoting their use as a mechanism to deter, detect and prevent crime."

The policy incorporates the Ministry of Interior, county security and intelligence teams, the National Police Service and owners and operators of CCTVs.

All CCTV systems installed will be registered and operated in compliance with the policy.

Access to the system images and information will be restricted and insists that there must be clearly defined rules on who can gain access to and for what purpose when such access is granted.

Owners and operators will maintain documentation regarding make and model of system components, provide a site plan showing all CCTV equipment placements.

They will also be required to ensure that their CCTV systems operate 24/ hours a day, seven days a week, and report all security-related incidences captured by the cameras to the relevant security authorities.

Access to the system images and information will be restricted and insists that there must be clearly defined rules on who can gain access to and for what purpose when such access is granted.

However, Amnesty International has termed the proposed policy as intrusive and injurious to people's rights to privacy as there is no data protection mechanism in place to safeguard against its abuse.

Amnesty executive director Houghton Irungu told the Star yesterday that the formulation of this policy is part of a wider scheme by the government to roll out a police state-kind of environment that controls the citizen and exposes them to government intrusion.

"It started with the miscellaneous amendment to the registration of birth and death laws, then escalated to the introduction of Huduma Namba that the government continues to handle as mandatory, the cyber security bill underway and now this new CCTV policy," Irungu said.

Asked why Amnesty is raising the objection now yet the state, through Safaricom company had installed CCTV cameras in major towns in the country in 2015, Irungu said the systematic surveillance intended by the state will be so sweeping, such that "even as you go to the shopping mall, bars, places of worship, public or private transport, washrooms and other places, someone somewhere will be watching you."

He stated: "We don't believe that you achieve security by watching over people. In fact, all over the world, mass surveillance has never yielded security and peace. The Ministry of Interior needs to invest in civic security rather than public monitoring."

Irungu said that another problem with the proposed policy is that it will infringe on the presumption of innocence until one is proven guilty, a principle underpinned by the Constitution.

"An open and democratic society presumes that everybody is innocent and does not have a mind oriented towards crime. Therefore, any policy intervention that assumes that people will only obey the law when they are being monitored is fundamentally flawed."

The case of Hong Kong

More critical for the organisation is that the system can be open to abuse by agents of the State to impede rights such as free speech, demonstration and picketing. Irungu cited the ongoing pro-democracy protests in Hong Kong as an example.

In the Hong Kong protest, mainland China is said to be using mass public surveillance with components that include biometric face recognition software, gait recognition system among others to track the demonstrators. Protest leaders are said to be disappearing mysteriously.

"Without serious human rights-compliant laws in place, this policy and the attendant law enabling it is open to massive abuse. The mass surveillance can be used to monitor and track peaceful street protests here just as in Hong Kong and China," Irungu said.

"Amnesty strongly warns against state use of facial recognition systems, as they pose a threat to the rights to privacy, freedom of expression, freedom of association and peaceful assembly, and have the potential to be used for discrimination or ethnic profiling," the organisation's memo says.

Irungu claimed that not even journalists and rights activists among others that the state may consider irritant would be spared in indiscriminate mass surveillance, impeding their work contrary to the Constitution.

The lobby submitted its memorandum to the Ministry of ICT detailing its concerns about the proposed policy.

A CCTV footage has now emerged showing how four heavily armed attackers stormed the 14 Riverside Drive Dusit2 hotel. The footage shows three of the ...
News
3 years ago
Post a comment
WATCH: The latest videos from the Star
by ALLAN KISIA AND GORDON OSEN
News
16 August 2019 - 06:38
Read The E-Paper