• He was hospitalised two weeks ago after arriving from France where he was under medication. 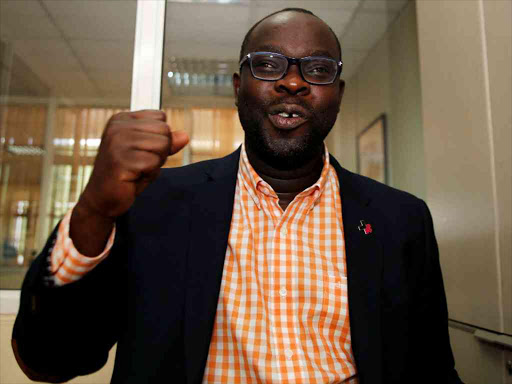 His brother, Imran, said the legislator was rushed to Nairobi Hospital's at 5pm on Thursday and moved to ICU at 8am on Friday after multiple organ failure.

Okoth succumbed at 8am.

Two weeks ago, Okoth made his first official appearance to the public after being away in France for five months seeking treatment for colorectal cancer.

He had attended the Kibra Music Fest at Moi Girls School, Nairobi.

In March, Okoth told Kenyans that he was managing stage four colorectal cancer and will survive.

Okoth was 41 and was serving his second term.

He showed confidence that he will overcome 'the monster' in a Twitter reply to Benjie Wambui who had asked how he was doing.

"How are you Mheshimiwa? I am praying for you today,” Wambui had posted.

“Chemo drugs are brutal on the skin and immune system," Okoth said.

Kibra MP Ken Okoth back in Kenya after cancer treatment