• HWC is a persistent problem and a major threat to wildlife conservation and management efforts. 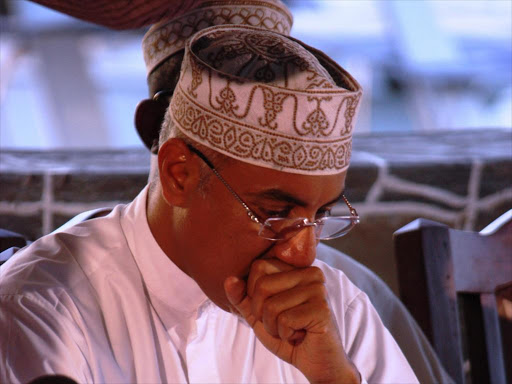 Tourism CS Najib Balala was on Tuesday put to task over the rising cases of human-wildlife conflict and delayed compensation of the victims.

Balala was hard-pressed to explain why the Kenya Wildlife Service has failed to effectively deal with the conflicts in which people have died and property destroyed.

The grilling by the Senate’s Trade and Tourism Committee follows a petition by nominated Senator Judith Pareno over delays to resolve human-wildlife conflict in Kajiado, Narok, Taita Taveta and Makueni counties.

According to the ministry, 400 people were killed by wild animals between 2014 and 2017, with 77 deaths recorded last year alone.

Some 1,263 others were injured and 501 properties damaged in the same period. Some 735 animals have been killed.

Balala told the Kirinyaga Senator Charles Kibiru-led committee that budgetary constraints and lack of proper and verified claims of human-wildlife conflicts had hampered effective compensation of the victims.

“We have had challenges since 2014 that made compensation of the HWC claims difficult. There was no money and also the verification of HWC claims has not been consistently undertaken,” he said.

The CS said HWC is a persistent problem and a major threat to wildlife conservation and management efforts.

The conflict is fueled by the changes in land use, human population growth, climatic changes and blockage of wildlife migratory corridors and dispersal areas.

“Loss of habitat, degradation and fragmentation, and changing perceptions by some communities living with wildlife have worsened the situation,” he said.

Balala said the Ministerial Wildlife Conservation and Compensation Committee (MWCCC) is examining all the claims for 2014-2017.  So far, MWCCC has tabulated claims totalling Sh5 billion over the period.

Balala said Sh1.5 million has been dispersed to each of the 163 approved human deaths.

“The human deaths claims have already been disbursed and repayments to the next of kin of the 163 victims have been processed by KWS with an initial payment of 30 per cent paid by the end of June,” he said.

Committee defends itself for letting Balala off the hook

One of the accusations levelled against Balala was failure to honour summonses against him.
Counties
3 years ago

Verification of 4,530 injury claims has been completed and a final report will be completed by July 10.

Some Sh579 million has been allocated in the budget for the HWC compensations in the 2019-20 budget.

The CS said the KWS was fencing HWC specific hotspot areas and the ministry was mulling engaging insurance firms to cover people living near national parks and game reserves.

Balala told the panel that KWS is leveraging technology to operationalise a modern command centre to manage and mitigate HWC.

“We are also holding stakeholder engagement at various levels such as through land use policy, county spatial planning, conservation education and awareness,” he said.

Post a comment
WATCH: The latest videos from the Star
by JULIUS OTIENO Journalist, Political and Parliamentary Reporter
News
03 July 2019 - 05:00
Read The E-Paper