Unpaid fees by former students amount to about Sh20 billion according to Kessha chair Indimuli Kahi.

• Principals have traditionally withheld KCSE and leaving certificates of learners who are yet to clear fee arrears, but government is against this.

• Magoha says government to come up with system to track down notorious parents. 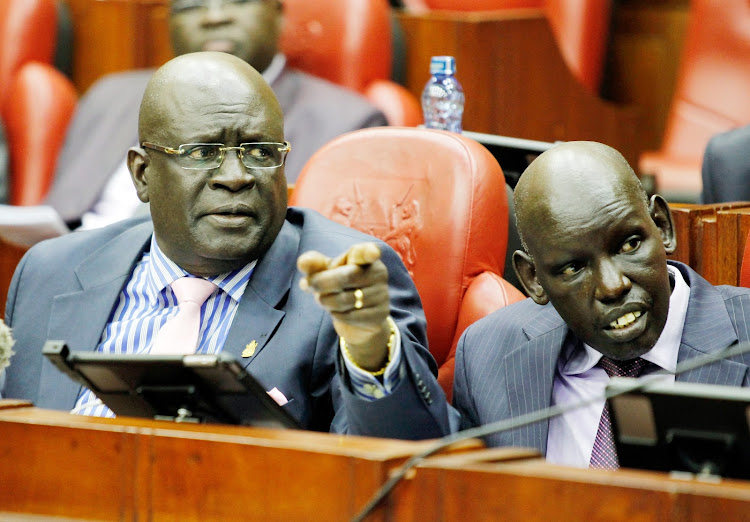 Parents of students who leave school with fee arrears should be listed with the Credit Reference Bureau, Education CS George Magoha has proposed.

To compel parents to pay the arrears, principals have traditionally withheld the students' KCSE and leaving certificates.

This has however failed as huge numbers of learners do not follow up and collect their certificates.

“Moving forward we need to look into the matter and get clear ways of how we can get to protect those who are poor and cannot pay and those who simply have refused to pay," Magoha said.

Kenya Secondary Schools Heads Association chairman Indimuli Kahi said some of the certificates date back to the 1970s.

Those whose certificates have been withheld cannot apply to join institutions of higher learning, the military or the National Youth Service.

The government has previously threatened to prosecute school heads who withhold certificates.

Kahi estimated that the fee arrears by former students amount to about Sh20 billion.

Addressing the National Assembly Committee on Education on the issue, Magoha said there was a need to relook and formulate legislation that will work for both the schools and needy students.

He said the government will ensure those from poor backgrounds get their certificates but is keen on tracking down parents who can afford but notoriously fail to pay.

“It is not true that all those whose certificates have been held cannot pay their children’s fees. Some are capable but are not honouring their obligations,” Magoha said.

It is however not clear how the government intends to track down the parents.

Magoha said the ministry will work with county and subcounty directors of education to release certificates currently held in schools.

Nominated MP Wilson Sossion, a member of the Education committee, called for a policy to protect schools from notorious parents as principals and head teachers depend on fees to run the institutions.