• The International Court of Justice will hear the Kenya-Somalia maritime dispute between September 9-13. 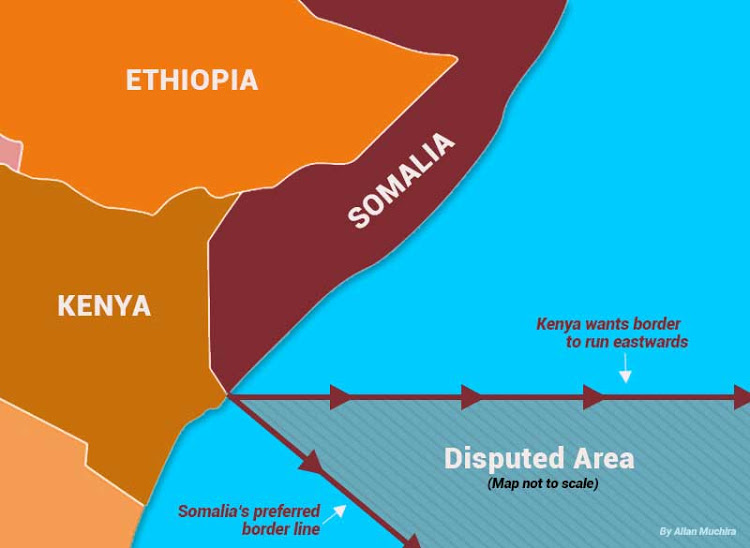 Some 19 Kenyans have moved to court in a bid to bar the state from participating in the proceedings in the maritime delimitation Indian Ocean dispute with Somalia.

They argue that if the government participates in the ICJ case, it has the potential of permitting an unconstitutional alteration of Kenyan boundaries.They want the case to be determined before September when the ICJ case will be heard.

The International Court of Justice will hear the Kenya-Somalia maritime dispute between September 9-13 at the Peace Palace, in The Hague, Netherlands.

Through a statement on Tuesday, the ICJ said the first round of hearings will take place on September 9, when Somalia will make its submissions, while Kenya will respond on September 11.

Somalia will go first in the second round of oral arguments on Thursday, September 12, while Kenya will give its closing submissions on Friday, September 13.

This comes as the US on Tuesday backed Kenya’s push to have the matter solved through political negotiations rather than through the court, which is Somalia’s preference.

US Ambassador to Kenya Kyle McCarter told Citizen TV that his country is working to facilitate an out of court settlement.

“We are actively involved by willing to facilitate a settlement on this because I think a settlement is best because there is too much potential between the two countries. There is really the necessity that we succeed on the border and defeat al Shabaab,” Ambassador McCarter said.

“Two, there are trade opportunities between Somalia and Kenya that really need to be taken care of,” he said.

Although McCarter said it is not the US job to negotiate, he noted that Kenya and Somalia have the ability to “come together and be great neighbours”.

On Monday, Foreign Affairs Cabinet Secretary Monica Juma met US envoy in Somalia Ambassador Donald Yamamoto and discussed the recent developments between the two states. Ambassador McCarter accompanied him, among other US officials.

“Received and held a meeting with Ambassador Donald Yamamoto, Representative of the USA to Somalia. Exchanged views on the state of play in Somalia & our roles in the pursuit of regional peace and security. Accompanying Amb. Yamamoto was Amb. Kyle McCarter, US Ambassador to Kenya,” CS Juma tweeted.

Parliament says will not take Kenya's threats to interfere with Somalia.
News
3 years ago
Post a comment
WATCH: The latest videos from the Star
by ANNETTE WAMBULWA AnnetteWambulwa
News
28 June 2019 - 15:30
Read The E-Paper