Kajiado to host the second national summit for patoralist counties

The forum, which brings together 29 devolved units, will be held in Amboseli National Park

• The annual event has created a platform for prioritisation and the realigning of the ASALs development agenda among the concerned counties.

• The agenda is to accelerate social, economic and cultural development in the country’s pastoralist regions. 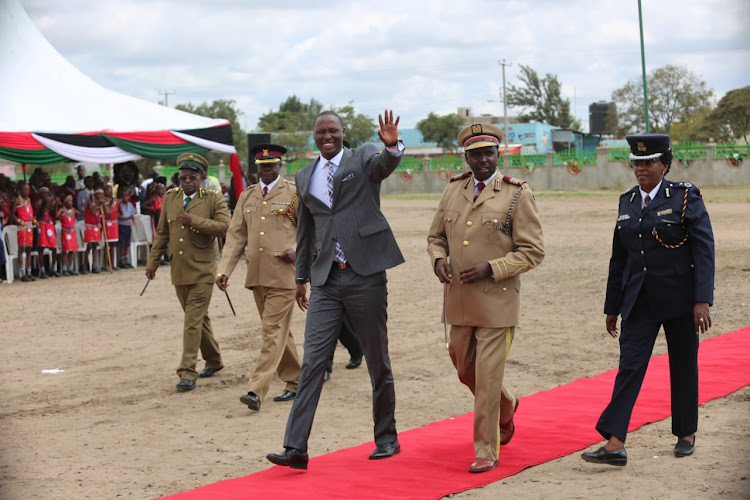 In a speech read by Deputy Governor Martin Moshisho, Lenku said the event will be held in Amboseli National Park in three months' time.

The annual event was first inaugurated by the Ministry of Devolution, Arid and Semi-Arid Lands in partnership with the UNDP to create a platform for prioritisation and realignment of the ASALs' development agenda.

The agenda is to accelerate social, economic and cultural development.

Lenku said his county had formalised an economic bloc with Narok for purposes of trading on their resources locally and abroad.

The objective of the conference is to take stock of opportunities, challenges and progress to inform the development of the ASALs and strengthen their coordination.

He said land remains the single most unifying factor that led to the uprising against the colonialists.

“And 56 years later, we are yet to crack all the challenges that emanate from land ownership. Due to its productivity and limitless opportunities, Kajiado county experiences a huge demand for land,” Lenku said.

The governor said the county’s proximity to Nairobi has only stretched demand, with land tenure challenges transcending both the rural and urban areas.

“Our Department of Lands is seized of the dire need to streamline land ownership disputes, especially in our fast-growing urban centres,” he said.

The county chief said hundreds of families languish in poverty because of longstanding court cases over land.

“To mitigate this, we partnered with the National Land Commission to form the County Land Dispute Resolution Committee. This committee offers a platform for all residents to solve land disputes without necessarily clogging our courts,” the governor said.

He said 499 disputes have been submitted to the committee, with Noonkopir and Namanga recording the highest at 148 and 109 respectively.

Moshisho expressed concern over the rising cases of human-wildlife conflicts and sent his condolences to families in Masimba and Kilinyeti where two people were killed by elephants.

Moshisho appealed to the Kenya Wildlife Service to provide information about the movement of wild animals to residents living in risky areas.

In attendance was Kajiado county commissioner Joshua Nkanatha, local elected MCAs and other officials from the county and national governments.