Ruling on judge's recusal from Obado case in July

• Two applied to have Justice Lesiit bow out after she granted Obado bail but denied them.

• They are accused of murdering university student Sharon Otieno 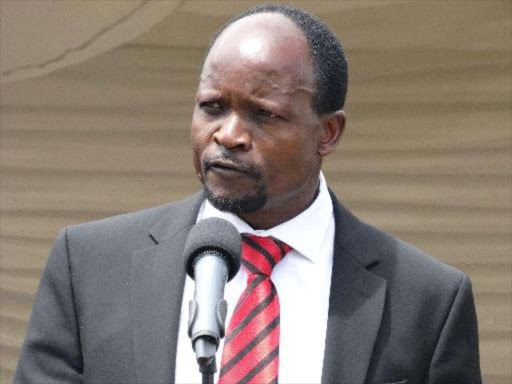 High Court Judge Jessie Lesiit will on July 19 rule on whether she will bow out of a case in which Migori Governor Okoth Obado is facing murder charges of Rongo University student Sharon Otieno.

Lesiit set the date after parties argued out their application on Wednesday.

Michael Oyamo, Obado's personal assistant, and Casper Obiero, a clerk in Migori county, filed the application last month seeking to have the judge disqualify herself on grounds that she will not give them a fair trial.

Through Lawyer Neville Amollo, the two told the court that their fear is informed by a decision of the judge to deny them bond even as she granted Obado bail.

When Lesiit denied them bail, she ruled that Obiero's release on bail pending trial was likely to disturb public order and therefore public security "especially bearing in mind the reaction of the public at the time of the arrest and investigations".

Obiero says that finding was not premised on any evidence since there was no evidence from any source on record on reaction by the public against him at his arrest.

The Director of Public Prosecutions opposed the application by the two on grounds that they have not placed any evidence to justify the disqualification of Lesiit from the case.

Deputy DPP Jacob Ondari said findings of the judge were premised on materials placed before the court and the circumstances of the case at the time.

The family of Sharon also opposed the application claiming it is merely meant to delay and frustrate the determination of the case.

“The application should be dismissed and the matter proceeds for pretrial since no justifiable reason has been advanced to warrant the recusal of the judge," their affidavit read.

Obado was last year charged alongside Obiero and Oyamo over the murder of Sharon and her unborn baby. They are all out on bail.

DCI officers have summoned a former close business associate of Migori Governor Okoth Obado to record a statement about an alleged plot by the ...
News
3 years ago

Governor Okoth Obado's wife Hellen Adhiambo has said there was a plot in April to record a sex tape of her husband with Sharon Otieno. In her ...
News
3 years ago
by SUSAN MUHINDI Court Reporter
News
30 May 2019 - 00:00