• Forums will work with the existing security systems such as community policing and Nyumba Kumi. 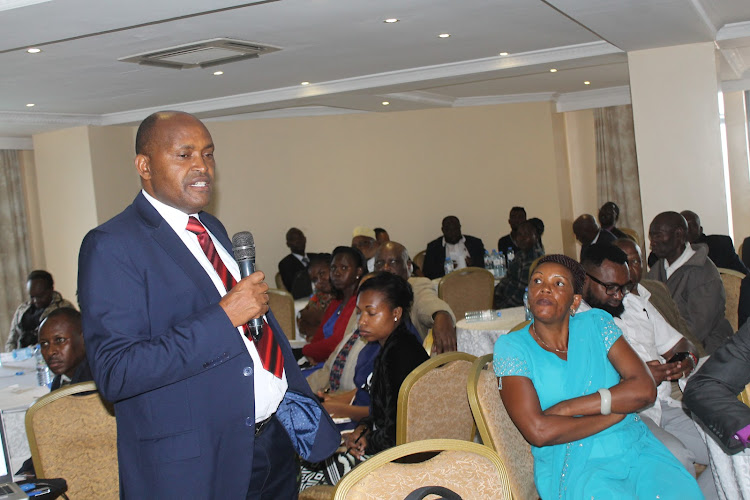 The government is creating special forums to fight extremism across the country.

National Counter Terrorism Centre says the initiative is meant to end  radicalisation and recruitment of youth into terrorism.

“We already have a national strategy for countering violent extremism. The government has issued directives that the strategy should equally be replicated at the county level,” NCTC official Wilson Jenga said.

He addressed the Press after holding a workshop in Machakos on Thursday.

Jenga said violent extremism is a global problem. Continents like Asia, America and others also face challenges of terrorism, he said.

More than 60 participants were sensitised on violent extremism and how to counter it, including top police chiefs, politicians, religious leaders, youth and women leaders and the media.

The Machakos Forum to Counter Extremism will be chaired by the county commissioner.

Jenga said the forums will ensure residents are not harmed by those who recruit youths into violent extremism.

The forums have been established in 27 counties so far.

“We are looking into why terrorists have gotten into youths. The county forums should ensure that youths are economically empowered at county level,” Jenga said.

“We will have rapid county action plans to prevent and counter violent extremism in all the 47 counties by end of June. So far, we have done 27 counties, remaining with 20."

He said the county forums should take advantage of the existing security systems such as community policing and Nyumba Kumi.

The National Counter Terrorism Centre is a multi-agency institution built to strengthen coordination in fighting terrorism.

The NCTC was established by the Security Law Amendment Act 2014. However it has existed since 2004 when it was created by a decision of the Cabinet.

The office of the Inspector General of Police has partnered with schools to counter violent extremism. The IG’s office has sponsored school music ...
Counties
2 years ago
by GEORGE OWITI Correspondent - Machakos
News
25 May 2019 - 05:00