Multiple arrests at KRA as Haji swings into action

• The officers are both senior and middle-level management and have 'betrayed the trust' of the Kenyan public and by extension the institution of the KRA. 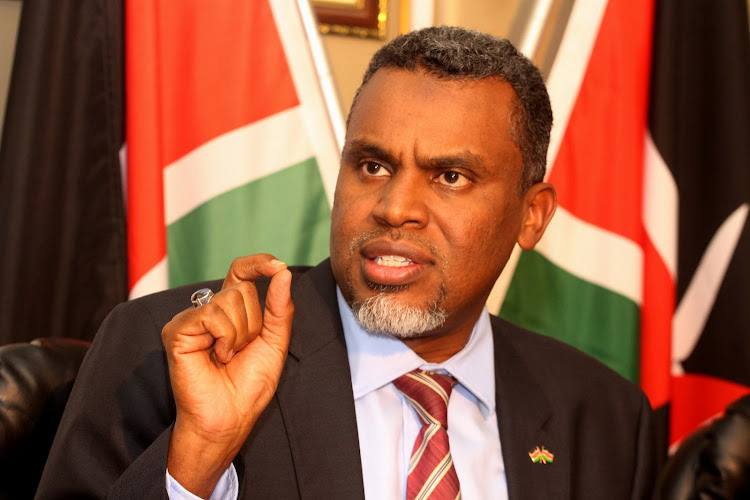 Close to 100 KRA staff have been arrested after the authority interdicted members of its staff suspected to be involved in tax evasion, sources at the DCI told the Star.

Director of Public Prosecution (DPP) Noordin Haji has already directed the DCI to launch an immediate investigation of the KRA staff and their coconspirators in an operation dubbed 'Operation Linda Ushuru'.

This comes following investigations that have revealed that KRA staff are involved in activities that involve undermining the institution's mandate by abetting tax evasion and facilitating access to services through bribery and corruption.

According to the DPP, the majority of the staff are from the Domestic Taxes Department while the others are from the Customs and Border Control Department.

In a statement to the press, Haji stated that the officers are both of senior and middle-level management and have betrayed the trust of the Kenyan public and by extension the institution of the KRA.

“This is yet another regrettable occurrence within the public sector that calls for decisive action in order to restore sanity in the management of our revenue collection,” part of the statement read.

The DPP added that while service delivery within the KRA may be impacted, the investigations and probable prosecution of the culpable individuals is a desirable step that must be taken in order to deter such instances occurring in the future.

“I wish to reassure Kenyans that the fight against corruption in all its forms will continue unhindered and will be extended to all public entities that are charged with the management of public funds and affairs,” he said.

He however assured that the graft war will be waged within the law and the rights of all affected persons will be respected at all times.

The affected officers have been detained for questioning and statement recording.

They are expected to be arraigned in court this month.

61 are from the Domestic Taxes Department while 14 are from Customs Department.
News
3 years ago

Four KRA officers were charged on Thursday with perpetrating tax evasion-related crimes, the taxman has reported amid a raft of new customs ...
News
6 years ago

Treasury should guide KRA on war against tax evasion

Excessive borrowing by the government a consequence of the vice
Opinion
3 years ago
by Meera Pattni
News
10 May 2019 - 17:11