Why city regeneration plan is hot potato for officials

• Lack of funds, supremacy battles, mistrust amongst agencies and infightings are among the issues threatening to stall the project. 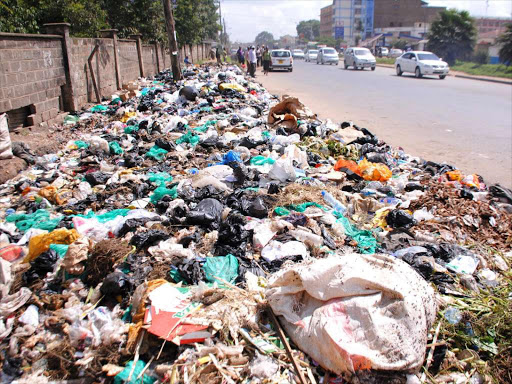 Officials tasked with transforming the face of Nairobi City are finding it tough to regain the city's lost glory, the Star has established.

Formed last year , the Nairobi Regeneration Committee was meant to regain the ‘green city in the sun' status.

However, lack of funds, supremacy battles, mistrust amongst agencies and infightings are among the issues threatening to stall the project.

The programme focuses on housing and settlement, infrastructure and transport, energy, water resources, environment and solid waste, youth, women and persons living with disability.  Other sectors are land and ICT

The money is set to towards regeneration of Nairobi Eastlands roads and projects such as cleaning the Nairobi River.

Since the project started, several buildings on riparian land have been demolished, but the cleaning of the Nairobi River remains a tall order.

Yesterday, an official who requested anonymity said, "nothing much is happening."

"Some agencies on their own cannot bite. Some of the powerful people with companies polluting Nairobi River are known," the official said.

The official said contradictions on laws governing wetlands, for instance, have created problems with other state agencies that feel they are infringing on their mandate.

In April last year, MPs blamed contradictory laws for the wanton destruction of wetlands. They said the mandate of the National Environment Management Authority was overstretched, making it easy for private developers to circumvent the law.

There are several laws seeking to protect wetlands and riparian lands.

These include the Water Act 2002, Water Resource Management Act 2007, and Environment Management and Coordination Regulations Act 2006.

There are, however, contradictions. For instance, the latter puts the recommended riparian distance at a minimum of 6m and a maximum of 30m from the highest watermark. The Agriculture Act puts it at a minimum of 2m. On the other hand, Survey Act 1989 recommends 30m from tidal rivers but does not mention other rivers.

For other rivers, the development plan recommends a minimum of 10m and a maximum of 50m.

In April last year, the regeneration team committed to tender their resignation if the project fails.

Previously, verdant vegetation was the norm in Nairobi.

Forests characterised the upper segments of Nairobi such as Langata, Karen and Westlands. This is no longer the case.

This is proving a hard nut to crack for the regeneration team that is comprised of national and county leaders.

On Monday, Balala said Nairobi regeneration is a coordinating team.

"The main responsibility is the line ministries and the county. That is still their responsibility and they are addressing those issues," Balala said when asked about the progress on the project.

In April last year, the regeneration officials met President Uhuru Kenyatta and agree on their commitments.

The team said garbage would be cleared from all 85 electoral wards in Nairobi within 30 days, and a clean-up of Nairobi River would also start.

However, NEMA feels that the Nairobi River may not regain its lost glory if pollution from slums is not addressed.

In March, Environment CS Keriako Tobiko said lack of funds was putting the ambitious plan at risk since only Sh110 million had been allocated to the programme.