They say the SGR is not their priority. 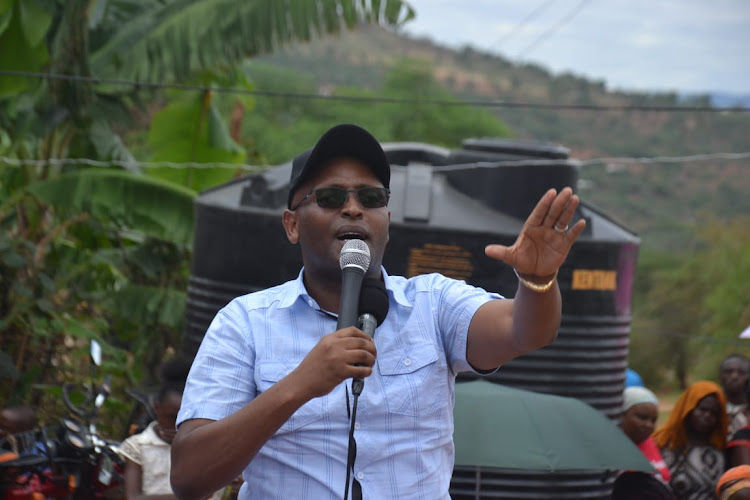 MPs from Taita Taveta now want the government to hold the extension of  the Standard Gauge Railway from Naivasha to Kisumu and instead complete stalled multi-billion shilling projects in the county.

Led by Wundanyi MP Danson Mwashako, the leaders challenged the government to channel the money meant for the Naivasha–Kisumu railway extension to complete the Sh42 billion Mzima II water project.

Mwashako said the government had intentionally neglected the county and that the SGR was not a priority compared to key projects that have stalled.

“As leaders, we are happy that President Uhuru Kenyatta and former Prime Minister Raila Odinga did not get the Chinese loan as expected.

“We cannot be borrowing money to implement new projects while we have projects that have stalled for close to seven years. Let us finish the stalled ones first unless we want to short change a section of this country,” Mwashako said.

They were addressing mourners during the burial ceremony for the late Stanley Mwazo in Mwatate on Saturday.

The government announced plans to implement the Mzima II water project in 2017  has not been launched since then.

The multi-billion shilling water project is expected to address the perennial water shortage in Voi, Wundanyi, Mwatate and Taveta constituencies while the surplus will serve the coastal city of Mombasa, Kwale and Kilifi counties.

It will supplement the existing Mzima Pipeline that was built decades ago.

Early this year, Taita Taveta Senator Jones Mwaruma termed the proposed water project a fantasy after the government failed to allocate any money for its implementation in the 2019-20 financial year.

Mwaruma said the government had only sent a funding proposal to Exim Bank of China which was yet to be approved.

“This was just a campaign project by the Jubilee government. It is not coming anytime soon. However, the president should be keen on his promises,” the senator said.

The tarmacking of the 56km Bura- Mghange-Werugha-Mbale-Msau-Mtwamwagodi road has also stalled.

The project was launched in 2017 by President Uhuru Kenyatta.

“If we were getting enough money, then we could implement these projects ourselves,” the MP said.

Governor Granton Samboja urged residents to append their signatures in a petition to get revenue share from Tsavo National Park.

He said the exercise will be extended to the grassroots in order to get signatures from all the 20 wards.

Samboja wants Kenya Wildlife Service to remit at least 25 per cent of annual collection from the expansive conservancy to Taita Taveta County Government.

"President can't be said to return home empty-handed for something he didn't request."
News
3 years ago