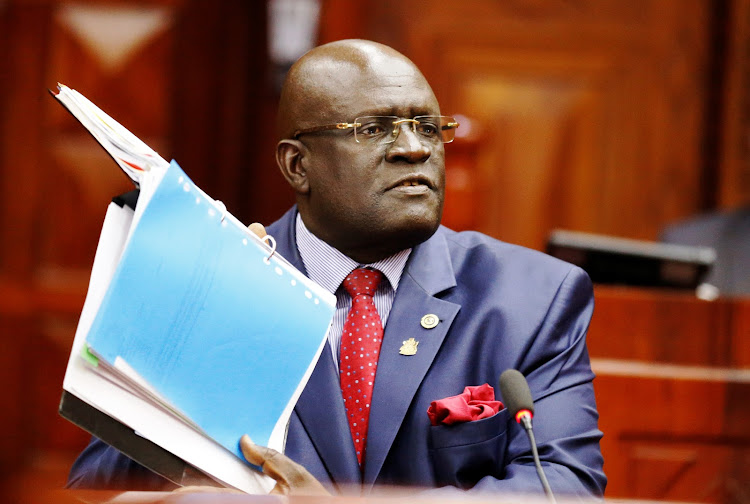 Attacking teachers being trained in the competency-based curriculum will not stop its implementation, Education CS George Magoha said on Thursday.

He accused Knut of having hidden and ill intentions by opposing implementation of the new curriculum.

The CS said he reads malice in the Kenya National Union of Teachers' opposition. He warned that the government will not hesitate to arrest those who assault teachers in training.

Knut officials in some parts of the country have disrupted sessions by evicting teachers from training centres, including Bungoma and Homa Bay counties.

Some Knut officials have been charged over the disturbance.

On Monday, Sossion asked teachers to boycott the training. He said the curriculum should not be rolled out because adequate public participation has not been carried out.

Kuppet on Wednesday came out to support the training and distanced itself from the boycott.

“The people who are currently opposed to the implementation were quiet when we launched it in January. The programme is already rolled out and it will be done 99.99 per cent,” Magoha said.

He spoke during an impromptu visit to Homa Bay Primary School, where training is ongoing.

The CS said the government will not listen to detractors, adding that the curriculum switch is inevitable. Magoha told teachers and education stakeholders that the training will be a success whether Knut supports it or not.

“I have personally visited many centres and observed that the attendance is great. Those who are making noise will not cow us in this programme,” he added.

Magoha said the ministry targets to train 226,000 teachers by the end of the year. The current session is targeting 91,000 teachers. Another training session will be in August.

He told education stakeholders to accept change for the success of the new curriculum.

“It is obvious that changes come with hitches but let the few challenges we have experienced in the implementation of the curriculum not be used by some people to fight it,” Magoha said.

The CS promised to introduce more changes in the education sector.

Post a comment
WATCH: The latest videos from the Star
by ROBERT OMOLLO and @robertomollo3
News
26 April 2019 - 05:00
Read The E-Paper