Cohen has written to the Inspector General of Police and DPP

• Unless the DPP and IG act speedily, he will continue to suffer humiliation and discrimination 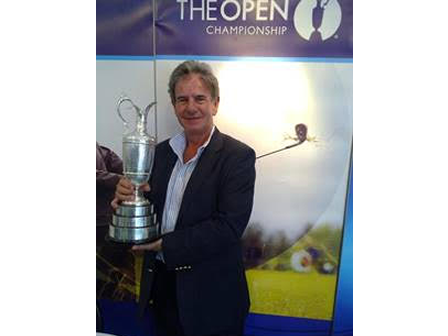 The CEO of Tobs Limited Company Tob Cohen has written to the DPP and IGP accusing his estranged wife of using the Kenyan police and justice system to harass and intimidate him.

Cohen who was formerly CEO of Phillips East Africa says Sarah Wairimu in cahoots with some public officers wants to wrongfully deport him so that she can grab his vast estate.

“There has been a curious excitement to have our client prosecuted for allegedly assaulting her despite insufficiency of evidence, which intended prosecution is aimed not only at soiling his reputation, but also having him deported from Kenya so that his properties become free and available to Sarah Wairimu Kamotho and her accomplices,” Cohen's lawyer Danstan Omari writes.

Cohen says he filed for divorce from his wife early this year and now Wairimu wants to use every possible means to get his properties.

The 69-year-old who has lived in Kenya since 1987 says he married Wairimu in 2007 but soon after they began experiencing deep misunderstanding occasioned by his wife’s demands to have a 50 per cent stake in his property situated.

“The said Sarah Wairimu Kamotho has expressly been disrespectful to our client by being scornful and by use of emotional blackmail well demonstrated by the denial of our client’s conjugal rights,” the letter reads in part.

Cohen further claims that this led him to file for divorce and days later she stormed into his office and threw a glass of water at his face and threatened him.

He also accuses Wairimu of pushing him down stairs and seriously injuring him on his forehead and as he was lay helplessly on the floor.

He went to hospital and later reported the matter at Parklands police station.

Cohen alleges that Wairimu also went to Gigiri police station and reported that he was the one who assaulted her.

“That our client is astonished at the discriminatory manner in which the law is being applied to his disadvantage since no step has been taken by police officers at Parklands police station to prosecute Wairimu despite a preponderance of evidence demonstrating her guilt, yet the same law enforcers are keen on prosecuting our innocent client.”

According to Cohen, unless the DPP and IG act speedily, he will continue to suffer humiliation, discrimination and persecution.

Post a comment
WATCH: The latest videos from the Star
by ANNETTE WAMBULWA WambulwaAnnette
News
24 April 2019 - 06:00
Read The E-Paper