• Brothers Baktash and Ibrahim Akasha extradited to US in 2017, pleaded guilty to drugs smuggling.

• Family says its biggest worry is stereotyping that goes along with the Akasha name, which has cost them friendships and business. 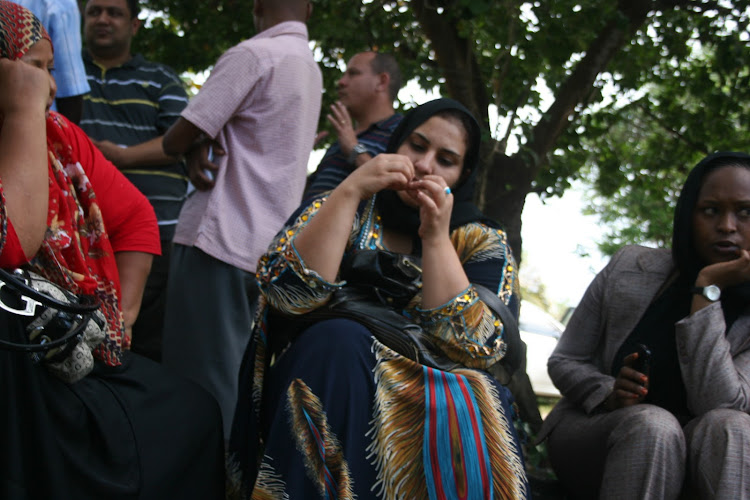 He was all bubbly and excited that he was going to be enrolled in a new school. But the school rejected him on grounds that he carried the notorious Akasha name.

It took the intervention of relatives and threats of lawsuits against the school to admit the boy (name withheld) to a prominent institution in Nairobi.

While the family was still reeling from the shock of stereotyping, some months later, bank accounts for one innocent family member were flagged on the same grounds — the account name was Akasha. This was resolved.

The family and the country await the sentencing on Friday in New York of Baktash and Ibrahim Akasha, sons of slain tycoon and drug baron Ibrahim Akasha.

The two brothers, Pakistani national Ghulam Hussein and Indian national Vijaygiri Goswami, were extradited to the United States in 2017.

The brothers pleaded guilty to conspiring to smuggle heroin into the US from Kenya, among other charges.

h. They are believed to have named big Kenyan names who helped them, in exchange for a lighter sentence.

The Pakistani and Indian suspects pleaded not guilty.

The Akashas face possible life imprisonment but they named big names in Kenya linked to their drugs trade — sending shivers down the spines of influential people. The DPP has said he's working on the case.

The plea agreement shows a possibility of release after serving a minimum custodial sentence of 10 years or a minimum supervised release of five years.

The term could also be reduced by having the sentences for six counts run concurrently instead of consecutively.

The Akashas have relinquished all properties believed to have been acquired with the assets of illicit trade.

The government wants the case of the Akasha brothers’ extradition to the US over drugs trafficking settled and a precedent set. State counsel ...
News
3 years ago

Speaking to the Star, a half brother to the accused, Nurdin Akasha ‘Tinta’, said the brothers had been advised several times against the drugs trade.

“We individually guided them, told them not to indulge in illicit business, and to be careful, but they never listened. We are not feeling sorry for what they have done. It’s their mistake.

"In Kiswahili we say, ' Umechukua wembe ukajikata mwenyewe. Siwezi  kwambia pole',” he said. This loosely translates as, "You knowing slit yourself using a razor blade. I cannot feel sorry for you."

The family’s biggest worry has however been the stereotyping that goes along with the Akasha name, which has cost them friendships and businesses.

“Not every Kamau is a criminal...If one Kamau has robbed, it doesn’t mean all Njoroges are criminals. It is not so fair when they colour our faces that way,” he added.

The half-brother confirmed that since the brothers got arrested, he has spoken to them only twice, while they were detained at the port police station.

Several months ago, when the family talked about their experience since the arrests, their mother, Fatma Akasha expressed fears they had been ostracised by friends and business associates.

Fatma, the widow of the slain tycoon, said she feared she would be unable to rear all the 12 children left behind by their fathers. Baktash has eight, while Ibrahim has four. The youngest is 13 years old.

“The other time we talked was after I helped his children, who are like my own. He called to thank me and I told him it is family. But I told him I don't want to talk to him again,” Tinta said.

US to seize and auction Akasha brothers property in plea bargain

The US government will seize and auction properties worth billions of shillings owned by the Akasha brothers as part of their plea bargain. Court ...
News
3 years ago

He said it's the family that is now, not them (Baktash and Ibrahim), "since they never put their children’s interest first", he said.

Despite all that has been happening to the family, he says he thanks God his life is different. He can drop his children to school, play with them, and be there as their father,  not behind prison bars.

“My life is now good, I am a happy family man, and so are the rest, but it has not been easy shrugging off the drug trafficking tag associated with my brothers. We do a clean business and live honest and decent lives,” Tinta added.

Fatma, in the earlier interview, had said the sons were the breadwinners of the family and should be brought back to Kenya to face charges instead of "rotting in a foreign jail".

The 63-year-old mother, who suffers from high blood pressure, said she has always been praying for the best outcome.

Last year, there were reports that the US government had planned to seize and auction properties worth billions of shillings owned by the Akasha brothers as part of their plea bargain.

This was after the brothers struck a deal with the authorities in exchange for a more lenient sentence.

US attorney Geoffrey Berman had said that the two brothers agreed to surrender their properties alleged to have been obtained directly or indirectly from the proceeds of drug trafficking.

The duo also agreed to forfeit properties used or intended to be used to facilitate the commission of the offences.

“It is further understood any forfeiture of the defendant’s assets shall not be treated as satisfaction of any fine, restitution, cost of imprisonment or any other penalty the court may impose upon them,” Berman said.

Bakhtash and Ibrahim pleaded guilty to six counts of drug trafficking, bribery and violence which carry a possible life sentence with a mandatory minimum jail term of 10 years.

Four of the six counts relate to the period between 2014 and January 2017 of drug trafficking while the fifth charge relates to using machine guns and destructive devices to further drug trafficking.

The other charge is obstruction of justice.

The first five carry a maximum sentence of life imprisonment and the sixth, 20 years in prison.

The Akashas were arrested on November 9, 2014, in Kenya after providing 99kgs of heroin and 2kgs of methamphetamine.

The plea agreement shows there is a possibility they can be released after serving a minimum custodial sentence of 10 years or a minimum supervised release of five years.

The term could also be reduced by having the sentences for the six counts run concurrently instead of consecutively.

The agreement was approved by Ilan Graff, the co-chief of the Terrorism and International Narcotics Unit.

Pain for the Akashas as drugs case delays in US

Eighteen years after drug lord Ibrahim Akasha was executed in gangland style in an Amsterdam red district, his family continues suffering. His two ...
Counties
4 years ago

The Akasha family, that lived a flashy lifestyle, boasted of property worth over Sh20 billion. Family wrangles and the two brothers extradition to the US has left the family struggling, with almost nothing to survive on.

They had investments in the real estate, houses, businesses, cars among others. Most of the property slipped after the arrest and deportation.

Several property cases are also pending in court. The family’s remaining properties include two palatial homes; one near Voyager and another near the Nyali Beach Hotel in Mombasa.

The Voyager Beach home is expansive and faces the beachfront.

Despite being rich, the patriarch Akasha died without leaving a will. The lack of a will has led to numerous court battles as his sons fight on how to divide the estate.

Akasha had three wives at the time of his death in the Netherlands. His property included Sh500 million in foreign and local banks, six houses, six vehicles, 60kg of gold ingots and jewellery estimated at Sh58 million.

When contacted for comment, their lawyer Daniel Arshark told the Star from New York that, “I am no longer their attorney.”

Their former Kenyan lawyer Cliff Ombeta has not responded to calls or texts.

Two other relatives, Najma Akasha and Sasam Kamal, were also unreachable as their numbers were not going through.

A legal battle is looming between the government and prominent Kenyans wanted by the FBI over narcotics trafficking as the US plans to make formal ...
News
3 years ago

Three governors, a Cabinet secretary, two judges and a senior official in the office of a powerful politician are among tens of Kenyans being sought ...
News
3 years ago

The Akasha brothers on Wednesday pleaded guilty to six counts of drug trafficking charges in the Southern District of New York.Directorate of ...
News
3 years ago
by MAUREEN MUDI
News
19 April 2019 - 06:00