• Dumping excavated soil in wetlands is illegal under Kenyan law.

• The encroachment could cause flooding that might damage the foundations of the bridge. 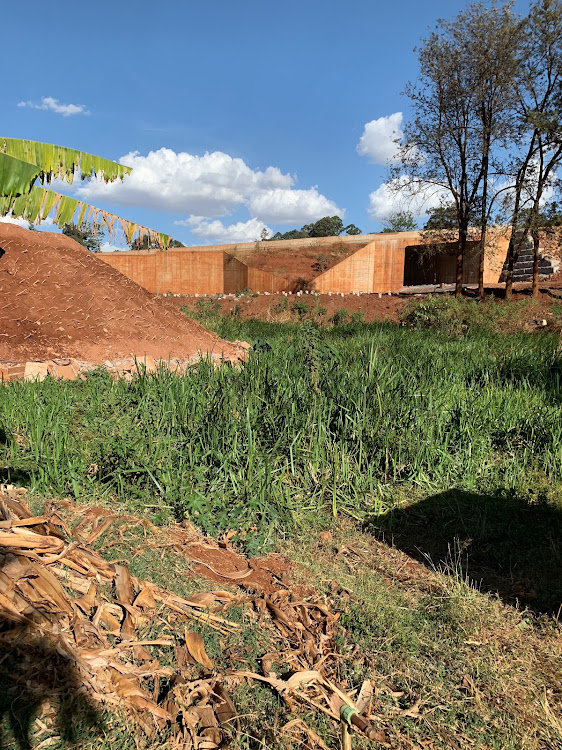 The firm China Wu Yi Engineering and Construction Company is illegally infilling wetlands on either side of the new bypass that they are building between Redhill road to the junction of Waiyaki Way and James Gichuru road.

This is against Kenyan law and threatens at least two rivers, according to Sam Dindi of Mazingira Yetu magazine who visited the site.

The wetlands form part of the upper catchment of the Mathare and Getathuru Rivers which plays a critical role in recharging groundwater in Nairobi.

Close to Nyari estate, the company has built a bridge over the Getathuru River for the bypass. On the eastern side of the bridge,  China Wu Yi has poured soil into the wetland through which the river flows, rather than transporting away the soil that was excavated during road construction.

Within the swamp ecology, which includes reeds, aquatic vegetation and cultivated yams, rainwater is retained during storms and then released slowly to the city. The Nyari swamp feeds the Getathuru River, which joins the Mathare River near the Belgium Embassy in Karura.

The dumped soil has reduced the wetland by half and has been sculpted by earth movers so that vehicles can now drive on top of it. The river is reduced to a small channel.

“This will threaten the foundation of the bridge when water builds up in heavy rains,” Dindi said. 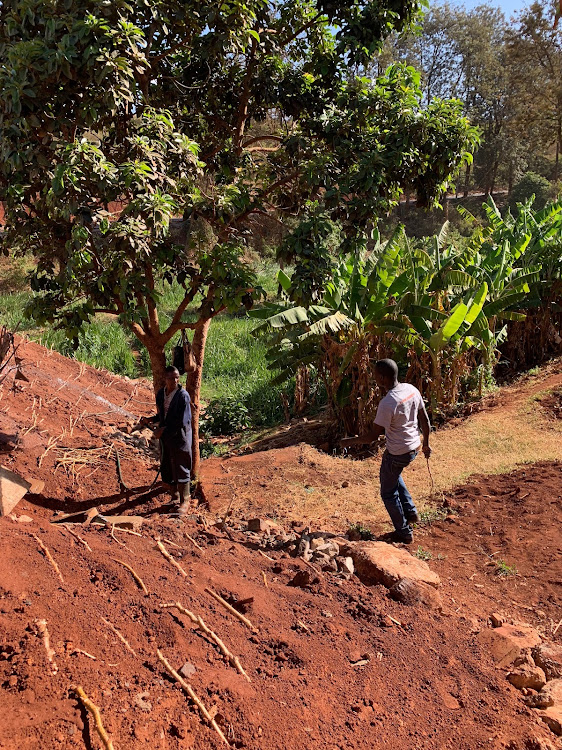 Cultivation has started on the soil illegally pushed into the swamp

On the other side of the bridge, tractors appear poised to push another vast quantity of stones and murram into an even larger section of undamaged wetland.

“We have just come in time,” said Dindi.

The green activist, who is also campaigning to save Ondiri Swamp near Kikuyu, said the Chinese contractor should carry the soil up the hill and secure it with trees, not push it into the wetland in violation of the law. He offered to train China Wu Yi staff on the importance of wetlands.