• The research was conducted between January 25 and April 3, in Nairobi and Kiambu counties.

• A total of 40 per cent admitted having knowledge of someone who has had a same-sex relationship. 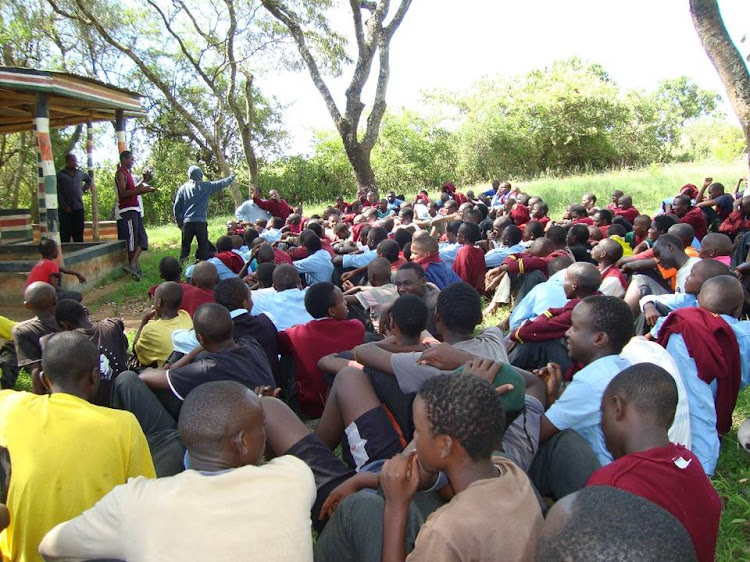 Students at one of Kenya's secondary schools.
Image: FILE

At least 55 per cent of secondary school students have watched pornography, research has revealed.

The research released by TIFA indicates that more than half the students both in private and public schools have at least watched pornographic content with 62 per cent being male students compared to their female counterparts at 37 per cent.

The research was conducted between January 25 and April 3, in seven secondary schools within Nairobi and Kiambu Counties.

Out of the seven schools, four were boy schools while three were girls schools where a total of 1,141 students were interviewed.

According to TIFA Managing Director Gerry Kweya, 68 per cent of the respondents say internet, film and videos remain their main source of information on sex.

A total of 40 per cent admitted having knowledge of someone who has had a same-sex relationship.

"Out of this, females have more knowledge at 46 per cent compared to male counterparts at 37 per cent," Kweya said.

According to the research, about 50 per cent of the respondents admitted to having discussions on sexually related matters while 44 per cent said no.

Though 60 per cent of the students are aware of pregnancy without protected sex, some 33 per cent said they have no idea that having unprotected sex once can result in pregnancy.

"The teenagers seem to be free on discussing sexual matters with their mothers at 31 per cent compared to fathers at 10 per cent," Kweya added.

Interestingly, 25 per cent of the respondents said they have engaged in sexual intercourse with the majority of them being male students at 32 per cent compared to 6 per cent of females.

While 56 per cent of the students said they have knowledge of contraceptives, 35 per cent said they are not aware while 9 per cent did not answer the question.

Two per cent want their parents to support them in whatever way is possible.

"Teach me on sex..., I abuse drugs, ..... I am engaging in sex..., allow me to be in a relationship...., warn my sister against forcing me to have sex with her..... and my neighbour tried grabbing me to have sex...... are some of the things the students would want to tell their parents verbatim though they think they won't be believed," Kweya said.