• Say there are too many expatriates and managers at the airline 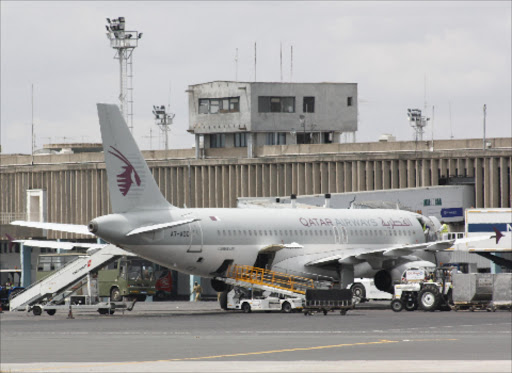 Aviation workers have said the planned takeover of JKIA by Kenya Airways will result in job losses.

The Kenya Aviation Workers Union on Thursday said it is opposed to the Privately Initiated Investment Proposal by KQ, citing no clarity on the future of employees in the deal.

It called for the sacking of KQ chief executive Sebastian Mikosz, blaming him for the management lapses that have put KQ in its current worse state.

Moss Ndiema, Kawu secretary general, said a chunk of Jomo Kenyatta International Airport workers will lose their posts if the options given in the event the PIIP are approved.

The options include that KAA workers, about 1,000 at JKIA, would be seconded to the special purpose vehicle being created to run and maintain JKIA.

The others are that either the workers are transferred to the SPV or are declared redundant if the takeover entity feels they are unsuitable after an evaluation in 12 months of their secondment.

“The process has no bearing on the future of employees. Furthermore, we are being asked to accept a reduction of benefits in the new plan, which we cannot accept,” Ndiema said.

He told the National Assembly Transport committee chaired by West Pokot MP David Pkosing that “none of the options guarantee jobs as they are today.”

“We were not involved in the proposal from the beginning. The only attempt was in a communication by KAA managing director Jonny Andersen on January 23, which highlighted the three options,” Ndiema added.

The same picture was created by Kenya Airline Pilots Association, which said Kenya Airways will not do better even if it enters into the concession to run JKIA.

Kalpa deputy secretary general Mureithi Nyaga said KQ makes losses because of its high ticket prices, which have driven customers to other airlines.

He cited some of KQ's policies such as check-in luggage which has been reduced to one while other airlines allow two at more weight.

Nyaga further cited poor choice of aircraft for some destinations, especially West Africa, saying this has led to reduced traffic over the years.

KQ no longer flies to its full capacity to destinations such as Cameroon, Nigeria, and Ghana, the committee was told during yesterday’s hearing on the proposed JKIA takeover.

“KQ also suffers as a result of a poorly motivated workforce with bad terms and conditions as they are overworked and on short contracts,” Nyaga said.

The association cited litigations and past missteps such as engagement of consultants as some of the reasons KQ is facing challenges.

Kalpa said McKenzie, which was hired to conduct restructuring in 2017, did not give Kenyans value for the Sh2.3 billion spent on the process.

“It resulted in retrenchment of Kenyan workers, the sale of KQ slot in London, the sale of aircraft, from which they earned a commission,” Nyaga said.

The pilots’ association questioned the continued presence of expatriates who were hired to turn KQ around and make it more profitable.

Kalpa deputy chairman Tim Njoroge said it beats logic that KQ is always reporting losses yet it used to make profits 15 years ago and even had a reserve revenue of Sh2 billion.

“The CEO needs to leave the company because he seems to have run out of ideas of how to turn around Kenya Airways,” he said.

They sought answers on job guarantees for employees, the participation of stakeholders and whether the lot feel the takeover proposal is the best policy direction to salvage the ailing KQ.

The House committee probe is centred on concerns that the PIIP is shrouded in mystery and may not give Kenyans value for money as KAA would lose control of the country's airports and aerodromes.

Kenya Airways is seeking to take over the management and operations of the country’s largest airport on a 30-year concession through a special purpose vehicle.