• Evangelist arrested for allegedly defrauding a businessman of Sh3.6 million 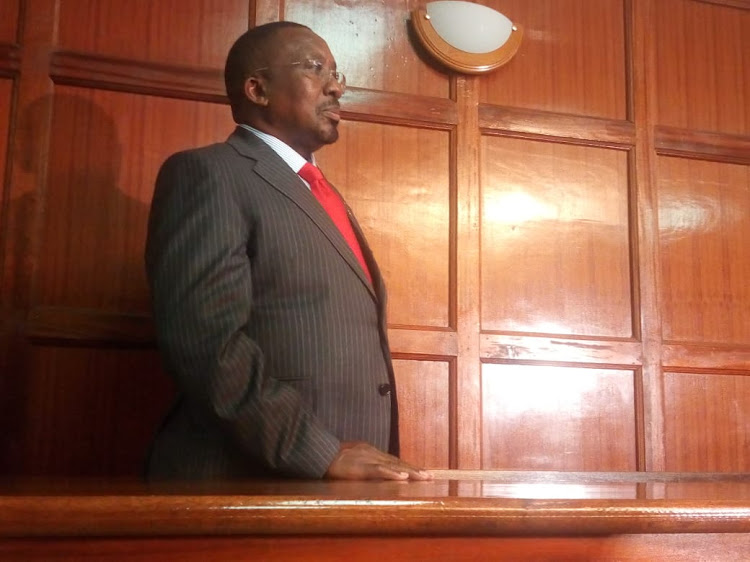 Justice James Makau said the apostle has failed to demonstrate how his fundamental rights are being violated and failed to prove how the trial court will not grant him a fair hearing.

Ng'ang'a, who was later arraigned at the Magistrates Court, was released on cash bail of Sh5 million.

He has recently been accused of threatening a journalist over unfavourable coverage. Several years ago he was allegedly involved in a fatal accident. He was acquitted along with police for lack of evidence.

Pastor Ng'ang'a to appear in court over Sh3.6m fraud

The evangelist was arrested for allegedly defrauding a businessman Sh3.6 million.

"He had agreed to pay but he has been delaying  to honour that agreement. So we decided to process him and take him to court," Central police commander Stanley Atavachi said.

Two weeks ago, Ng'ang'a was arrested and charged with threatening to kill journalist Linus Kaikai

Pastor Ng'ang'a can't seem to shake troubles off his feet

Off the hook for death by dangerous driving, now facing two other cases
News
3 years ago
by SUSAN MUHINDI Court Reporter
News
09 April 2019 - 13:04