• Kenya an aflatoxin hotspot; experts say farmers are not aware of a new biocontrol product to fight aflatoxin contamination. 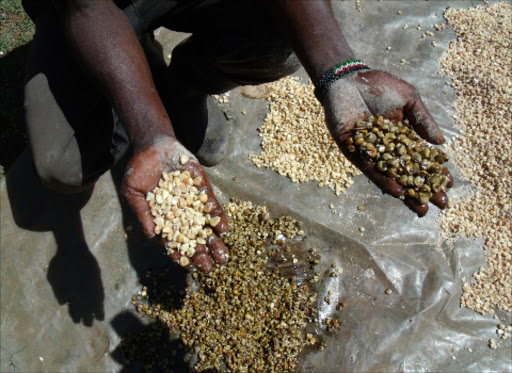 Kenya is an aflatoxin hotspot but experts say farmers are not aware of a new biocontrol product to fight it.

Eliud Kireger, the director general the Kenya Agricultural and Livestock Research Organisation, said on Friday that currently, there are 200 tonnes of Aflaasafe product for use during the ongoing planting season.

He said Aflasafes a biocontrol substance applied to maize crops three weeks after flowering to protect the crops from aflatoxin.

“The problem is that farmers are not aware of the product. We are working with the Kenya Seed Company and the Kenya Farmers Association to reach out to many farmers

"They should buy Aflasafe as they buy their seeds,” he said.

Kenya is home to one of the biggest facility at Kalro-Katumami that produces Aflasafe in East Africa. Kireger said the product costs Sh270 for a 2kg packet and farmers need to apply 4kgs to an acre.

The facility can produce  10 tonnes per day but currently not much is happening because farmers are yet to collect 200 tonnes produced last year.

In 2010 the government declared at least 2.3 million bags of maize and in 2014 another 155,000 bags unfit for human and livestock consumption and trade as a result of aflatoxin contamination.

During the 2004 and 2005 cropping seasons, over 150 people from the lower eastern region of Kenya died after consuming highly contaminated maize.

“Many others suffered irreversible damages to their health. Children whose growth has been stunted will never realise their full mental and physical potential. Aflatoxins have also been categorized as carcinogens and also could contribute to the increased reported of cancer in Kenya," Kireger said.

In January this year, the Director of Public Health withdrew Nuteez peanut butter from the shelves after government chemist reported high levels of aflatoxin that exceeded the maximum requirement.

According to data seen by the Star, some farms in Meru country in Tigania have shown high levels of aflatoxin —  300 parts to 1,500 parts per billion.

Aflatoxin contamination is a major challenge to maize production and significantly decreases the quality of maize and poses a health hazard.

"It is disheartening to our farmers when their bumper harvests are declared unfit for human or livestock consumption. This is the reason we recommend Aflasafe to reduce the harmful effects of aflatoxin,” he said.

In 2015, the government in partnership with donor partners constructed a facility at Karlo-Katumani to produce a biocontrol product — Aflasafe KE01 to help address the problem.

“The Aflasafe KE01 is applied to maize three weeks before flowering. It has been reported to reduce aflatoxin contamination in maize by 70 per cent,” he said.

He was speaking during a media tour on Aaflasafe production on Friday in Karlo-Katumani.

“I  encourage farmers in arid and semi-arid land to apply Aaflasafe during this coming planting season to protect their produce,” Kireger said.

He said testing for aflatoxin contamination costs  Sh2,500 to Sh6, 000 and apart from maize, sorghum, millet and groundnuts are also affected by aflatoxin. The research organisation is trying to produce Aflasafe for these crops.