• This means starving people are more likely to become sick, get a hangover, or even suffer alcohol poisoning on a smaller amount of alcohol. 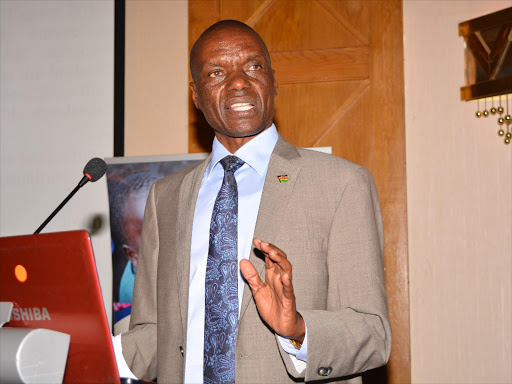 Public Health officials have condemned the donation of beer to starving villagers in Baringo county.

Director of Public Health Dr Kepha Ombacho said this was not just wrong but dangerous too.

"This is just unacceptable. Beer is not food. You cannot introduce alcohol to people who are already starving," Dr Ombacho told the Star.

The donation of Tsingtao beer brand was delivered to residents of Tiaty by a Chinese Company, Ghuanshan International Mining Company Limited, on Friday.

Baringo is one of the areas most affected by the ongoing drought triggered by delayed long rains.

"While we welcome people of goodwill to support, it must be proper food fit for human consumption," he said.

When the beer was delivered at Katikit Mixed Boarding Primary School in Tiaty, the elderly and children were left watching while the youth scrambled for the donation.

The company also delivered some maize but many of the bags were torn as men fought for the beer.

Khan Ke, the director of the company, claimed they decided to donate alcohol since they realised locals liked beer.

"We decided to include beer in the food donation after we realised they like beer," said Khan Ke.

An empty stomach absorbs and processes alcohol faster, which means starving people are more likely to become sick, get a hangover, or even suffer alcohol poisoning on a smaller amount of alcohol.

Recently, nutritionists also warned some of the foods being sent to drought-hit areas could kill the people they are meant to save.

“Some people have high risk syndromes and if you give them food you can lose that person. We don’t start with food immediately. We give some formula to boost their GIP (gastric inhibitory peptide) to function,” Nutrition Association of Kenya chairman Henry Ng'ethe said.

Ng'ethe said starving people have different health conditions. Some people have bacterial infections, while others present with Oedema, which causes swelling by accumulation of water in the extremities.

“The group most at risk includes expectant women, children and the elderly. These people need trace elements, minerals and micro-nutrients,” he said.