• Uhuru directed uniforms for all chiefs and their assistants across the country will be produced by Kitui County Textile Centre (KICOTEC). 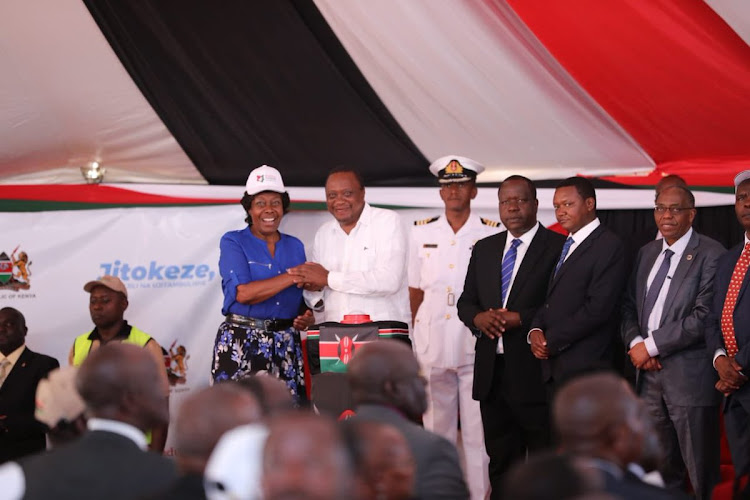 Kitui residents now have a reason to smile following a directive on Tuesday by President Uhuru Kenyatta.

Uhuru directed uniforms for all chiefs and their assistants across the country will be produced by Kitui County Textile Centre (KICOTEC).

The declaration by the President will be a major boost for the county as it will greatly grow the service industry in Kitui.

Most of the fabric, materials and accessories used in the factory are all sourced from the county. This will further expand the local distributors.

I'm gratified by the declaration by H.E President Uhuru Kenyatta today, at the launch of #HudumaNamba that henceforth, uniforms for all Chiefs and their assistants accross the country will be produced by Kitui County Textile Centre (KICOTEC). We say a big thank you Mr President. pic.twitter.com/tixSMZAlLv

Uhuru gave the directive during the official launch of the Huduma Number exercise in Machakos county.

The President and Ngilu were joined at the launch by the other two Ukambani governors Alfred Mutua (Machakos) and Kivutha Kibwana (Makueni).

Matiang'i said that by making the new National Police Service uniforms at the NYS the government saved Sh700 million that could have been lost.

He told cabinet secretaries whose institutions make uniforms to rely on the agency.

The CS said the NYS has the capacity to make uniforms for all other uniformed services, including KDF, KSF, KWS, AP, among others.