Graft war: I'll fight you whether you are my friend, political ally -Uhuru

• He says corruption is a vice that all Kenyans must unite to fight. 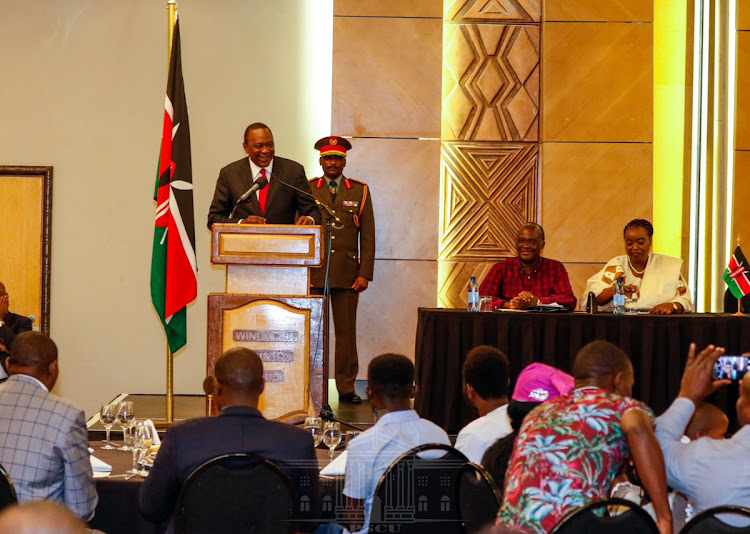 If you are corrupt we will fight you, President Uhuru Kenyatta has said.

Uhuru has warned officials who engage in corruption and claim that they are close allies.

The Head of State spoke at the Windhoek Country Club where he met Kenyans living in Namibia on Friday.

" I won't be clouded by ethnicity or status in my quest to leave behind a united nation and I will continue championing for Kenya's unity." 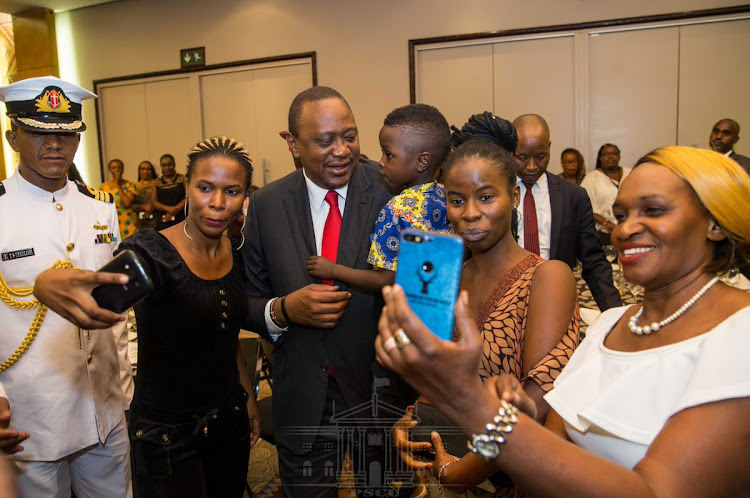 Uhuru assured Kenyans in the diaspora that the crackdown will continue and that every effort will be made to bring back integrity to the public service.

"Kenya has great potential but there is need to change practices that hinder the country from achieving progress," he said.

He said corruption is a vice that all Kenyans must unite to fight if the country has to progress.

This comes after Deputy  President William Ruto said he was being targeted in the war on corruption that he said has degenerated into impunity.

He said at a conference in Mombasa that there is an attempt to paint him in a bad light for political reasons.

He made the remark as he opened the First Inter-Professionals Summit.

DP questioned why some people have a problem with the truth, facts, evidence and the rule law.
News
3 years ago

Uhuru further  directed relevant Government agencies to come up with mechanisms of ensuring that Kenyans in the diaspora are issued with the new generation passports in the countries of their residence.

He said he saw no reason why Kenyans living outside the country should incur huge financial costs to travel back home to acquire the new passports.

“Form a team that will go from country to country to register Kenyans in the diaspora. No Kenyan should be forced to spend money to travel to Kenya to get passports,” Uhuru directed the relevant government agencies. 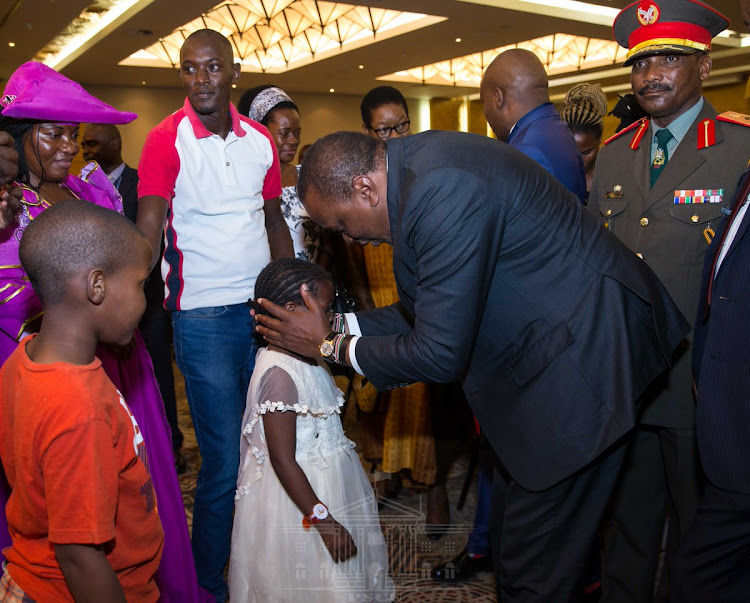 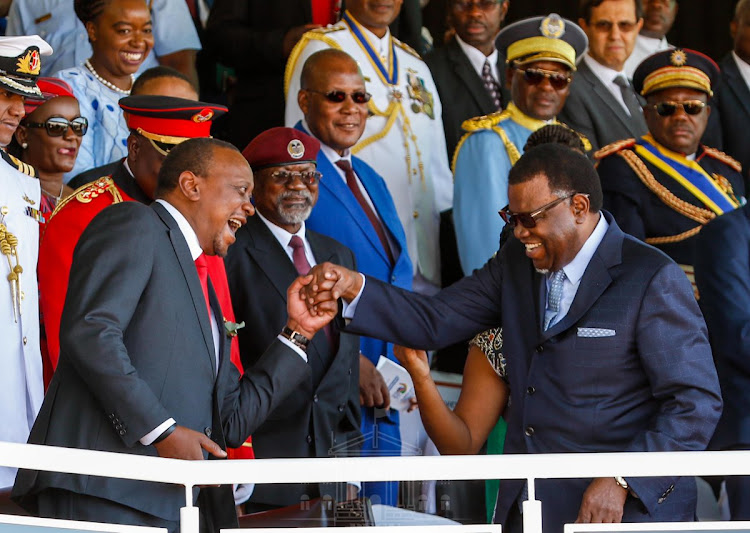 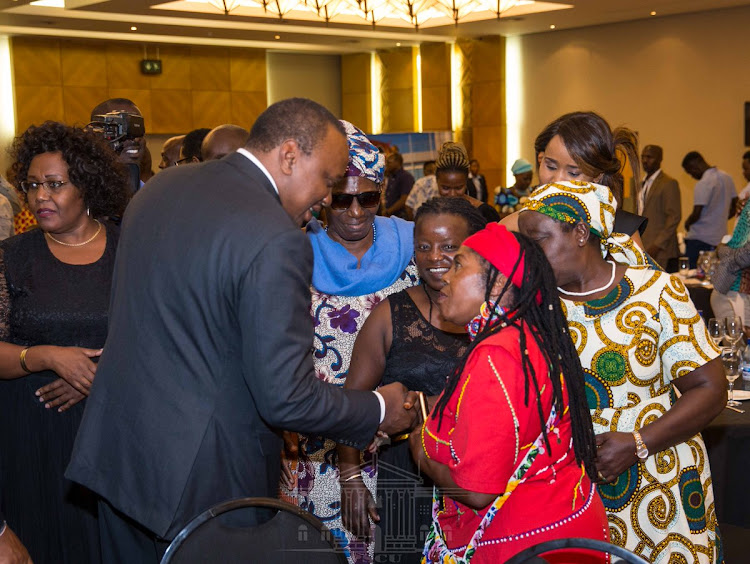 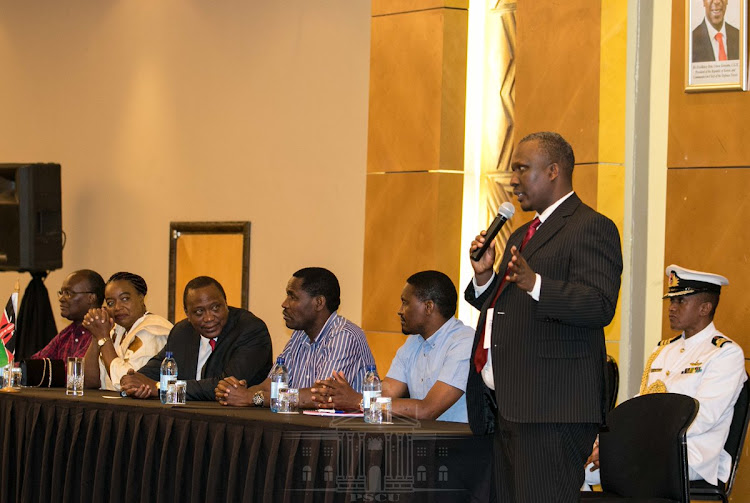 The President was responding to requests by Kenyans who spoke at the meeting and raised concerns over the difficulties those living outside the country undergo to acquire the new document.

Among the speakers at the forum were Prof Peter Nyarango, the Dean of the Medical School of the University of Namibia and businessman Peter Wamburi.

Prof Nyarango said Kenya’s education system should be geared towards empowering the youth to be employable in a changing world.

He said Kenya is projected to have a population of 100 million by 2050 out of which 65 million will be youth aged below 25 years.

The professor said the guiding factor in Kenya’s education system should be to capitalise on Kenya’s edge in innovation and research.

In his response Uhuru said, “My government has embarked on making changes on the curriculum to meet the emerging market needs”.

Kenya’s High Commissioner to Namibia Benjamin Lang'at said Kenyans living in Namibia are productive and active in supporting the development of both Kenya and their host country.

President Kenyatta is in Namibia for a State Visit and was earlier yesterday the Chief Guest at the 29th Namibia Independence Day celebrations held in Windhoek.