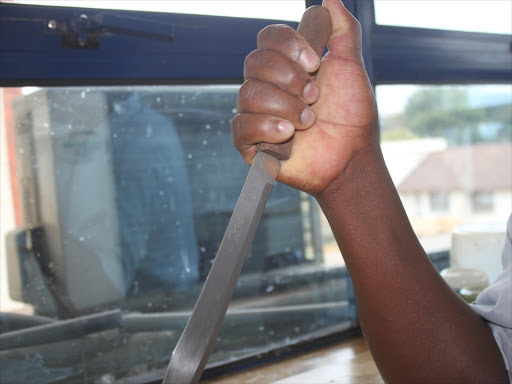 A man allegedly stabbed and killed his brother during a night vigil ahead of the burial of their sibling in Central Asembo, Rariea subcounty. Photo/ENOS TECHE

Revelations of kitchenware, bedding and air conditioners ‘supplied’ to the dam projects under probe have startled investigators.

Investigators have widened the scope of their large-scandal inquiry to unravel the mystery of how firms dealing with products not related to dam construction were awarded lucrative tenders.

Puzzling are details that some firms, which largely deal with hotel-related products and services, received part of the Sh21 billion initially payed to an Italian firm hired to build Arror and Kamwarer dams.

CMC di Ravenna-Itinera, which is at the heart of the Sh63 billion dams scandal, was contracted by Kerio Valley Development Authority in 2017 to build the two multipurpose dams.

The details of how utensils, towels, blankets, bedsheets and other tableware disappeared in the Elgeyo Marakwet thicket has lifted the lid on the intricate graft web that has shaken the Jubilee administration.

Some of the companies being investigated deal with tours and travel, outside catering, entertainment and office furniture.

However, at the moment there is no evidence to show culpability on the part of the firms.

The DCI has said they are believed to have crucial information regarding the ongoing probe and would be of great help.

It is not clear why the firms, which specialise in services and products unrelated to dam construction, were awarded tenders and paid upfront even before the bushes could be cleared.

Yesterday DCI sleuths grilled KVDA managing director David Kimosop and the board chaired by Jackson Kiptanui for over four hours.

A source told the Star that the directors who have been interrogated said their firms were ordered to deliver materials to a different location in Eldoret county.

The materials are said to have then been transported at night under tight security to unknown locations as far as hundreds of kilometres away.

Leading spring mattresses manufacturer Silent-knit Kenya, which largely specialises on offering high-end bedroom experience, is among the firms being investigated.

Rosewood Furniture Manufacturers Ltd, which deals with tables and chairs, has also been listed by the DCI as a company of interest in the ongoing investigations.

Eldoret-based Panna Music Centre, which deals in electronics, is on the DCI’s radar.

It is not clear what the company’s involvement in the dams scandal entail as its core mandate does not involve dam construction and related works.

Post a comment
WATCH: The latest videos from the Star
by JAMES MBAKA @Onchirimbaka
News
28 February 2019 - 00:30
Read The E-Paper