SGR-2A faces delays as payouts to landowners stall amid protests 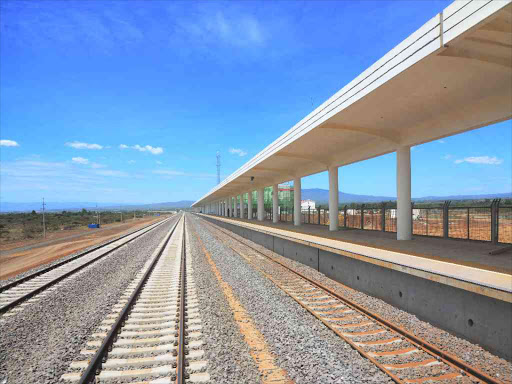 Lack of legal documents threatens to delay construction of the second phase of the standard gauge railway.

The National Land Commission yesterday said compensation for landowners has stalled even though a special team had been dispatched to fast-track the process. The 120km Nairobi-Naivasha line will cost Sh150 billion.

The 27km stretch from Ngong is still experiencing setbacks. The delay has caused endless squabbles between landowners and the contractor—China Communications Construction Company.

On January 11, Kenya Railways said construction was on schedule and would be completed by May 30. Acting MD Philip Mainga said the project was 88 per cent completed and would be commissioned on May 31 for operations to start on June 1 (Madaraka Day).

Mainga said the project had experienced some hurdles in some sections of the corridor due to land acquisition and compensation.

“However, work in the unaffected sections progressed well and is at advanced stages of completion,” he said.

The NLC is however unable to process payments for lack of relevant documents.

“It is noted that the affected persons, particularly at Ngong station, Mai Mahiu and Suswa, have not submitted their documents,” the commission said in a statement on Friday.

On December 21 last year, the NLC said it had received Sh10.2 billion for landowners. It has released Sh4 billion.

The money was meant to compensate landowners on the Rongai-Ngong line, Ngong–Mai Mahiu line, including Mai Mahiu station and Mai-Mahiu-Suswa station.

In October last year, the government released Sh7.9 billion for compensation. The process was, however, stopped by the NLC through a Gazette notice, following reports that values had been inflated.

Payments for 1,674 parcels (about 2,544 acres) between Syokimau and Mai Mahiu were affected. The agency urged those who have not submitted or collected their claims to do so urgently.

“Equally, we wish to remind those who have received their compensation payment to surrender their land to the contractor,” the statement said.

Landowners have however protested that their property was undervalued. In September last year, Kajiado residents protested and stopped construction for more than two months, demanding compensation. The project had stalled on July 18.

Landowners had ceded their property to the contractor under an “early entry agreement” deal in which the contractor was allowed to start work before compensation was started.

The line has 28 bridges on the main line, including six super major bridges, 16 major bridges and six medium bridges. It has three tunnels — 4.5km in Ngong-Kajiado, 1km in Kimuka-Kajiado and 1.7km in Nachu-Kiambu.