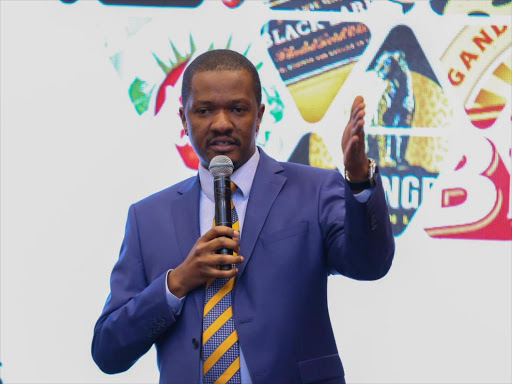 EBL posted a 33 per cent increase in half-year profit after tax for the year ending December 31, 2018, to close at Sh6.6 billion compared to the same period last year.

The company said on Friday it recorded a pre-tax profit of Sh9.7 billion with a 13 per cent growth in net sales to Sh41.6 billion over the period under review.

EABL Group CEO Andrew Cowan said in a statement the 33 per cent growth was driven by continued focus on productivity assisted by increased investment in marketing.

"Growth was broad-based across segments and regions, as the business benefited from lapping a weak half following the presidential election in Kenya," EABL Group CEO Andrew Cowan said in a statement.

It said growth in net sales was experienced across the three East African countries where Kenya and Uganda posted 12 per cent growth each while Tanzania had 26 per cent.

"Beer grew 12%, driven by Senator Keg performance in Kenya, improved mix in Uganda and continued strong delivery of Serengeti in Tanzania. Spirits grew 16% on the back of strong performance in mainstream spirits and Scotch whisky as well as vibrant innovations," Cowan said.

Cowan said the company was impressed with the performance as it went beyond their targets but there was still more that needed to be done across all markets.

“This half-year performance proves that we can get there if we continue to focus on strategic execution across our business,” Cowan said.

Overall, growth in beer sales in Kenya was driven by Senator Keg, (up 35%) due to increased distribution, commercial initiatives and sustained national campaigns.

He said spirits grew by 17 per cent owing to increased investments in spirits capacity through the launch of successful local innovations such as Captain Morgan Gold.

In Uganda, beer sales grew by 11 per cent supported by campaigns such as 'Bell All Stars Tour', 'Pilsner Super 8' and Tusker Lite’s 'Absolutely Nothing to Prove'.

Cowan said growth in beer sales in Tanzania went up by 26 per cent driven by consistent growth of the Serengeti trademark that went up 65 per cent.

This, he said, was supported by 'Lite with a bite Serengeti Lite Promotion' and National football team sponsorship.

Owing to the good performance, the EABL board recommended an interim dividend of Sh2.50 per share for the half-year period.

This represents a 25 per cent increase compared to the same period last year.