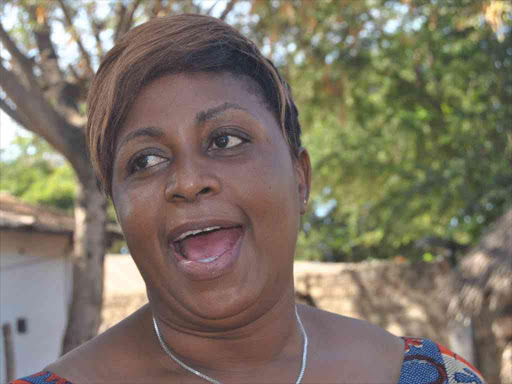 Kilifi County Women Rep Aisha Jumwa during a media briefing in Malindi on February 12. She is vying for the Malindi parliamentary seat

MPs Aisha Jumwa (Malindi) and Suleiman Dori (Msambweni) have been dewhipped from all parliamentary committees with immediate effect.

The verdict on the case of six Homa Bay MCAs was adjourned to a later date after the committee cited a court order restraining it from discussing the matter.

The Raila Odinga-led ODM party had called for a meeting to decide the fate of two MPs and a host of MCAs who have been recommended for expulsion.

The party's disciplinary committee in June last year recommended that Jumwa and Dori be expelled from the outfit for openly declaring support for Deputy President William Ruto's 2022 presidential bid.

Jumwa has defended her support for Ruto's bid saying the handshake gave way for collaboration with Jubilee.

In January, she accused Mombasa Governor Hassan by calling for her expulsion yet he has also met Ruto.