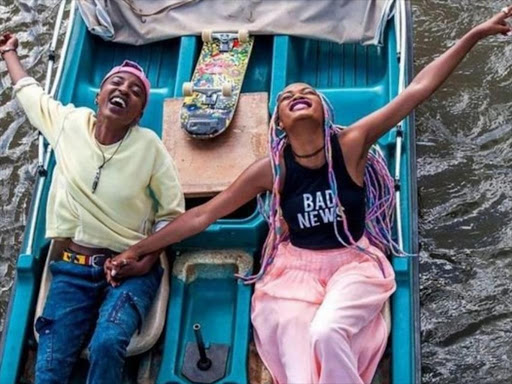 A scene from the film Rafiki. /COURTESY

has failed to make the final 2019 Oscar nominations list.

Rafiki lost to Black Panther in the Best Picture category.

In 2018 it won the biggest film award in 2018 and will make history as the first comic book superhero movie to receive the award if it wins this year's Oscars.

Other film nominations for Best Original Song include The Place Where Lost Things Go, Trip a Little Light Fantastic

(both from Mary Poppins Returns), Shallow

(A Star Is Born), The Big Unknown

and All the Stars.

is unsurprisingly included on the list for Best Foreign Language Film, with Black Panther

taking up four nominations each.

The 2019 Nominations for the 91st Academy Awards were revealed on Tuesday, by the Academy of Motion Picture Arts and Sciences.

The announcement was made by Tracee Ellis Ross and Kumail Nanjiani.

A Star Is Born

grabbed the most nominations, with the favourite, Roma

This year's winners will be announced during the Oscars telecast on Sunday, February 24 2019.

It will be aired live from the Dolby Theatre at Hollywood & Highland.

The telecast will likely be presided over by individual teams of presenters rather than a single host, following the exit of Kevin Hart.