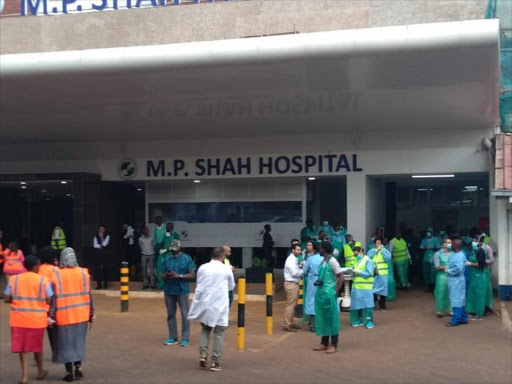 One person has died and 31 others

hospitalised in different hospitals in Nairobi following the suspected terror attack at 14 Riverside in Westlands.

The deceased succumbed to gunshot injuries while receiving treatment at the MP Shah hospital.

16 casualties were taken to Avenue hospital and among them is a pregnant woman.

One had a gunshot wound in the thigh and is recovering at the ward while another sustained a fracture from the stampede.

In Kenyatta National Hospital, there were four victims, one with a gunshot in the abdomen, one in the chest while two have soft tissue injuries.

Four others were rushed to Aga Khan hospital while three were to MP Shah hospital.

Another victim was admitted at the Nairobi hospital.