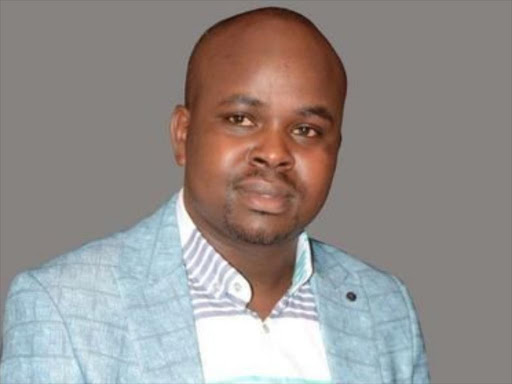 Twitter user Dennis Kiptoo who is being pursued by the police for spreading tribal hate on social media./ COURTESY

Police are looking for a man behind an inciteful message

on Twitter alleging that if Deputy President William Ruto does not ascend into power in 2022 there will be ethnic clashes.

The National Police Service on Thursday said they are taking the threats seriously and will deal with the suspect accordingly.

"Our attention has been drawn to some tweets supposedly issued by an individual issuing threats to ignite inter-ethnic clashes akin to what occurred in 2007/8 in parts of the country," NPS said.

Kiptoo insists that the Kikuyu community should "pay up their debt" by supporting the presidency of Ruto in 2022.

National Cohesion and Integration Commission on Wednesday said it has commenced investigations and will take appropriate action.

Kiptoo's reckless statements have seen a section of Kenyans on Twitter asking for his arrest.

Former Kiambu Governor William Kabogo said it was the most irresponsible utterance and must be condemned in the strongest terms possible.

"You belong in jail. Fred Matiang'i, there is a need for you to move with speed and have this Dennis Kiptoo Mutai arrested and arraigned for spewing ethnic hatred," @NyagahMucangi tweeted.

"So this limpop Dennis Kiptoo Mutai joined Twitter on January 2019 only to utter useless claims. He must be crazy and out of his mind. Ruto cannot ever make Kenyans suffer. Stop incitement," Nandwa Isaac said.

Sonai Gady said: "If Dennis Kiptoo Mutai will not be arrested then we will do a destructive protest. We can't allow to be taken back to the memories that made Kenya shed so much blood."

On Wednesday, Mutai, a seemingly diehard Ruto supporter, tweeted that he would rather die than let anyone 'touch' the DP.

He wrote: "The only man I fear and respect on earth is Hon Dr William Ruto, I'd rather die before you touch William Ruto."