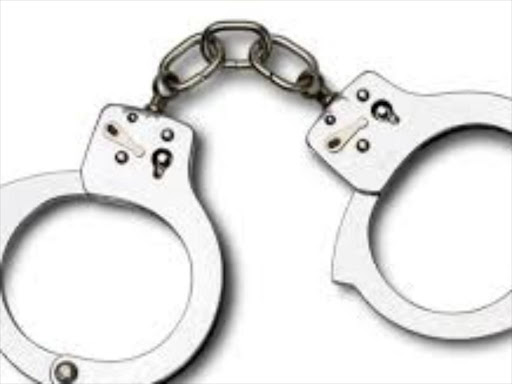 A pilot is accused of sodomising and beating his eight-year-old step-daughter. /COURTESY

The Directorate of Criminal Investigations on Wednesday opposed bond terms for a pilot charged with sodomising an eight-year-old girl.

The pilot appeared before senior principal magistrate Kennedy Cheruiyot and denied charges of sodomising the child on September 30 last year at his apartment in South C.

Inspector Evelyn Mboya of the DCI's Child Protection Unit said the pilot's release on bail will jeopardise the hearing of the case.

The detective filed an affidavit highlighting grounds on which the suspect is likely to defeat justice.

Mboya said the suspect is likely to interfere with the case by intimidating or influencing the minor not to testify.

She also said that being a pilot, he has built strong social ties around the globe and is therefore a flight risk.

Mboya said the pilot's mother and siblings are US citizens and the possibility of evading trial is real.

Mboya said it took three months of counselling for the minor to disclose that she was defiled.

"The victim was severely traumatised by the painful ordeal to the extent of attempting to commit suicide by jumping through the window of their house on the fourth flour."

The minor jumped through a four-storey building to escape him and was taken to a Nairobi Hospital.

Mboya said despite doctors giving this information to the minor's mother, she refused to accept and has continued to deny that her child has been defiled.

The prosecution said the minor's mother is the defence of the suspect.

The minor is in custody of the state and has been placed at a children's home in Nairobi.

Karimi pleaded with the court not to grant the pilot any bond terms until the minor testifies.

She will be seeking orders for the state to retain the custody of the minor during the trial.

She said the minor's mother is a US citizen therefore the minor is also a flight risk.

Cheruiyot will make a ruling over the matter this afternoon.