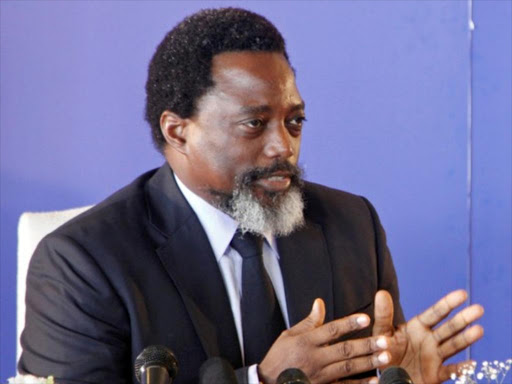 Sunday's vote for a new president in the Democratic Republic of Congo has been hit by a series of delays that have left people frustrated.

The failure of new electronic voting machines in some polling stations was one of the challenges.

Polls have now closed in an election that is expected to bring the country's first peaceful transfer of power since independence in 1960.

President Joseph Kabila is stepping down after 17 years in power.

The final result is expected to be announced in a week's time.

The run-up to the poll had been hit by violence and controversy over the decision to exclude some 1.26 million out of an electorate of nearly 40 million from voting.

should have taken place two years ago but was repeatedly postponed because of logistical problems, officials said.

Polls officially closed at 17:00 (16:00 GMT), but people still in the queue at that time were allowed to vote.

Things started slowly in the capital, Kinshasa, because of heavy rain.

There have been delays in a number of areas because of problems with the electronic voting machines, which are being used for the first time.

There was frustration in Limete, a district of Kinshasa, as the electoral register had not been delivered and people were unable to vote.

Those waiting then booed the head of the electoral commission (Ceni), Corneille Nangaa, who had come to the scene.

One voter there, Fidele Imani, told the BBC he felt positive after voting. "We have been waiting for two years and I'm happy to vote today," he said.

There were isolated incidents of violence. A police officer and a civilian were killed in Walungu, South Kivu province, in an altercation at a polling station, a UN official told the BBC.