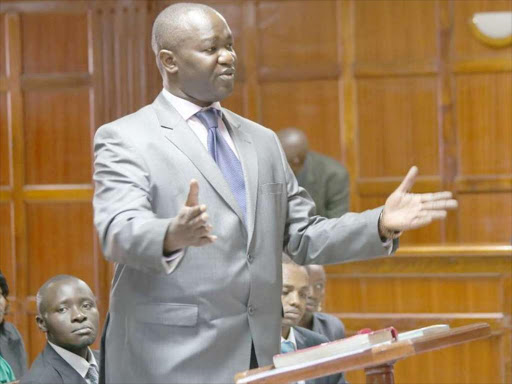 In a statement on Monday, Director of Public Prosecutions Noordin Haji has dismissed reports that Odek is part of the probe and will be prosecuted alongside Ojienda.

Ojienda was arrested on Friday on charges of filing fake cases for Mumias Sugar Company resulting in the loss of millions of shillings.

The DPP noted that although the judge was a partner of Prof Ojienda at Odek, Ojienda and Wanyama Advocates, investigators have not found any evidence that would link him to criminal allegations.

"Indeed, Prof James Otieno Odek was not in any way involved in the matters giving rise to the prosecution of Prof Tom Ojienda and is, therefore, not criminally culpable," he said.

The DPP said the judge has already given a statement to the investigators on his volition.

On complaints by the Law Society of Kenya over Ojiambo's arrest, Haji said his office is independent and will not succumb to any influence.

"I wish to reassure the country that we shall continue to wage the war on corruption independently. At no time shall we succumb to the whims of any particular section of society," the DPP said.

"We shall present cases before our courts on the basis of evidential and public interest considerations and nothing more."

Ojienda, who had been detained at Muthaiga police station, was released on Sunday.

His lawyers Nelson Havi and Okong'o Omogeni are filling an application to stop his prosecution before the duty Judge Chacha Mwita.

They said Ojienda's arrest was a violation of his constitutional rights.

Post a comment
WATCH: The latest videos from the Star
by Gordon Ouko @gordon_osen
News
31 December 2018 - 09:00
Read The E-Paper