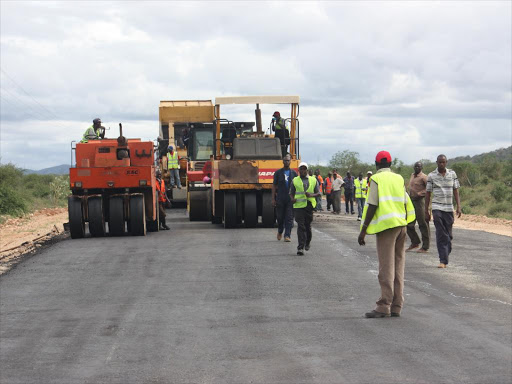 Kenyan contractors are disgruntled with the government over the high number of tenders awarded to foreign companies.

RACECA chairman Gehlot Kishan described the Chinese dominance in government projects as “glaring bias” that could cripple economic growth as majority of funds put in the project are not spent in Kenya.

Many local contractors such as Kirinyaga Construction Company, SS Mehta Sons among others thrived under former President Daniel Moi’s regime but are now confined to undertaking small projects in rural areas.

Others like H Young and Intex Construction have since resorted to forming consortia with European and Indian conglomerates when bidding for government tenders, where Chinese firms enjoy pre-qualification status tied to the funding of the projects.

The growing dominance of Chinese firms including Sinohydro Corporation Limited, China Wu Yi and China Roads and Bridges Construction Company can be traced back to then President Mwai Kibaki’s policy shift to China nearly a decade and a half ago.

Statistics show that this year, African Development Bank (AfDB) and the World Bank financed Kenya with upto Sh1.3 trillion to back huge projects majority being roads.

However, Afdb regional director Gabriel Negatu says data shows that majority of this funds end up in foreign pockets.

“We are concerned that Kenyan contractors are not getting enough of it. We have no objection if the government comes to us and says a certain percentage is given to local contractors,” he said.

However, Transport CS James Macharia said public discontent in local contractors due to poor performance had led to the influx in Chinese contractors.

However, the minister called for the engineers to get their act together to ensure they compete favorably with the foreigners.

In a bid to tame the growing dominance of foreign contracting, Mathira MP Rigathi Gachagua has proposed a bill seeking to limit foreign involvement in public contracts.

Gachagua proposes amendments to the Public Procurement and Asset Disposal Act, 2015, to prevent foreigners from bidding for any contract valued at up to one billion shillings.

Gachagua said the proposal was going through the legislative process.

Post a comment
WATCH: The latest videos from the Star
by LEWIS NYAUNDI @XnyaundiH
News
18 December 2018 - 00:15
Read The E-Paper