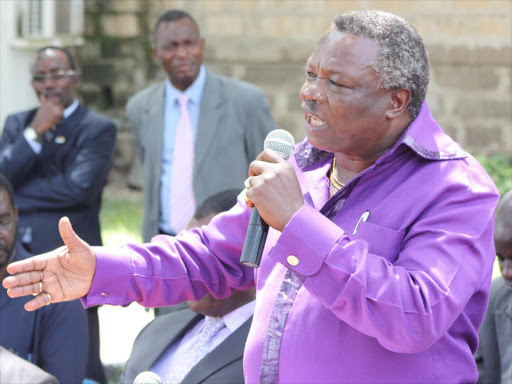 A labour union has threatened to move to court to sue a local bank over a hostile work environment for staff.

The Banking Insurance and Finance Union on Friday warned it would sue Guaranty Trust Bank management over cases of harassment and intimidation of its employees.

The union's national organising secretary Tom Odero said some employees of the bank had complained of being harassed by management.

"It is saddening that Kenyans are being harassed and intimidated. We have letters from staff claiming of being subjected to inhumane treatment and all manner of discrimination," said Odero in a phone interview with the Star.

He said the complaints against the bank must be urgently addressed by relevant authorities before matters get out of hand.

"It is unfortunate that employees can be threatened by their employer in a country where we have serious laws meant to make workplaces professional and accommodating," he added.

The unionist told the Star that they will next week move to the labour court to seek an independent staff audit at the bank.

Odero claimed that the bank has irregularly hired foreigners who have no work permits to work in Kenya.

"We are currently writing to the state department of immigration over some staff working at the bank and who have no work permits. We are aware that the current management has brought in some foreigners and given them management jobs," said Odero.

The union's decision to move in follows complaint letters to the union by staff at the bank complaining of harassment by Managing director Olabayo Veracruz.

The MD joined the bank in August this year.

"He shouts at everyone all day from his driver to his senior managers and keeps threatening to sack us because he claims he does not see our worth and stating that Kenyans are stupid and should piss off," reads one of the letters by GT bank employees.

The letter to the giant labour union Cotu and the immigration department claims that the MD bars staff from going into meetings with phones as well as holding meetings into the night and weekends.

"We are afraid that something can happen to our families and we can't help because we can't access them even when at 12-hour meetings," adds the letter.

When contacted yesterday, Olabayo said he was aware of the matter and had held a meeting with the union on Thursday.

"I had a meeting with Odero[the union official] and we had a discussion about it. Kindly call the HR for details," he told the Star on phone.

He could neither deny nor confirm the claims.

But Human Resource manager Stacy Gachanja termed the claims untrue and said the bank was operating within the labour laws.

"We had a meeting with the union but the allegations are not true. Those things are false. The polices we make are within the law," she said on phone.

She added, "That could be by someone disgruntled. We had a strategy meeting on a Saturday but it ended before 5 PM."