Ruto yet to honour Sh50m pledge to Harambee Stars 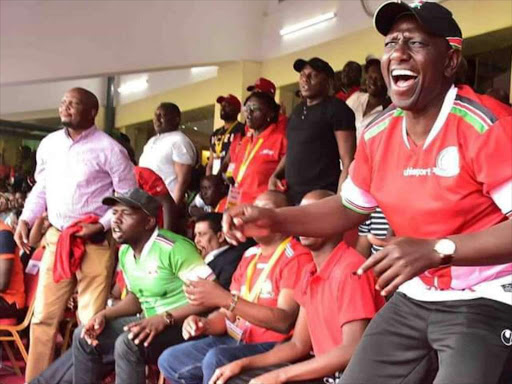 Mwendwa on Thursday said it is likely that the money will be delivered in March when the full team will be around.

Ruto had said he would give the team the money if they beat Ethiopia during its return leg Africa Cup of Nations (AFCON) qualifying match.

"My feeling is that the government is up for it, they will pay the boys the Sh50 million. We are waiting

for the Sports ministry and the DP

give us further details," Mwendwa said.

He was addressing journalists in Nairobi on the next big steps for the team after it qualified for the AFCON 2019.

The Confederation of African Football Executive Committee made the confirmation last Friday.

Harambee Stars last qualified for the continental tournament 14 years ago.

The FKF boss said they will not take the opportunity for granted, and the team will prepare adequately for the championship.

"Once the money is released, we are going to give the players their bonuses," he said.

"When you come forth with money, put it on the table and put it to rest. If you are transparent to the players, there will be no issue.," Mwendwa said.

He said they are thinking of a 70:30 ration with the lion's share going to the players, while the rest is used for paying debts.