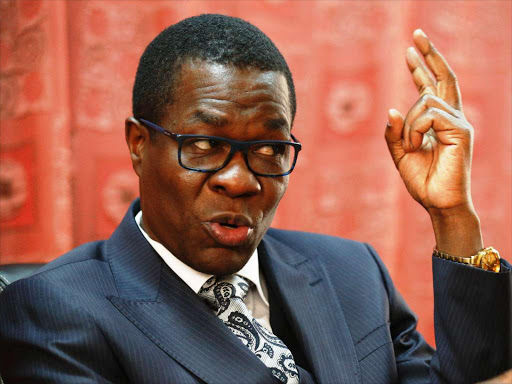 Public Accounts Committee chairman Opiyo Wandayi at the press conference where he announced that the committee will summon IEBC Commissioners as they begin examination of the audit report by the auditor general next week. October 24, 2018. Photo/Jack Owuor

The Ugunja MP yesterday accused the Senate of usurping the powers of parliamentary committees by assuming an oversight role on how money is spent.

“Their role is to impeach the President if he fails and push for more money to the counties,” he said.

“We can’t have a Senate that is doing the same job that the county assemblies and parliamentary committees should be doing.

The Constitution is clear that the Senate must ensure there are enough resources for the counties.”

Wandayi spoke during the launch of the County Transparent Report by the National Taxpayers Association. The report is an analysis of the Auditor General’s county assemblies’ budget reports. “The institutions that should play an oversight role to county executives are county assemblies, but they have failed,” Wandayi said.

He called for a review of the Constitution to ensure every organ understands its mandate and is able to deliver on it. Wandayi (pictured) said that once the parliamentary committee and the Office of the Auditor General come up with reports, it is the duty of the DCI and the EACC to investigate and prosecute suspects.

“These state organs must stop the blame game. People must be jailed to make corruption an expensive affair,” he said. “More money is stolen at the national government — 35-40 per cent of the total budget. However, the less than 10 per cent sent to counties is also misused.”