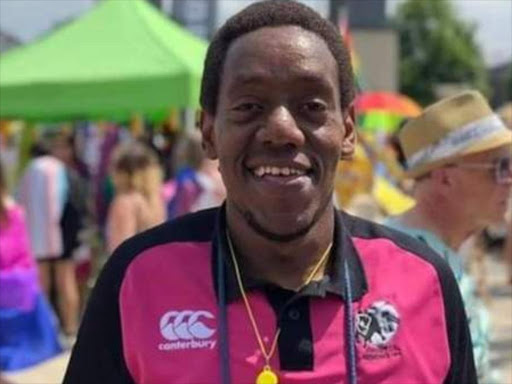 Kenneth Macharia. A UK court granted him bail on Wednesday, November 28, 2018, but he is still at risk of being deported. /BBC

A gay rugby player from Kenya, who is facing deportation from the UK, was granted bail on Wednesday, the Press Association reports.

Bristol Bisons team member Kenneth Macharia is being held in an immigration removal centre near Heathrow Airport in London.

More than 96,000 people have so far signed a petition to stop him from being deported and to grant him asylum in the UK.

The 38-year-old rugby player, who has lived in the UK since 2009, appeared on Wednesday before an immigration tribunal via video link, wearing a black and pink Bristol Bisons RFC T-shirt, PA says.

The agency quotes Judge Edward Woodcraft as saying: "The fact I have released you on bail is not an indication that you will forever more be allowed to stay in the United Kingdom." Kenneth Macharia argued he will be persecuted for being gay if he is deported to Kenya.

Homosexual acts are illegal in Kenya and punishable by up to 14 years in prison.