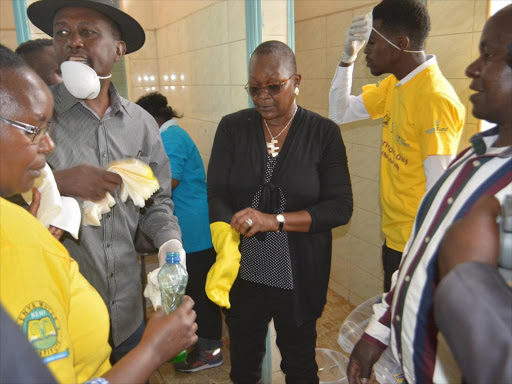 More than 5.4 million Kenyans do not have toilets for safe disposal of waste, Water and Sanitation Chief Administrative Secretary Winnie Guchu said on Friday.

Guchu said the 5,460,000 people without toilets represent 13 per cent of the population. She was speaking during World Toilet Day celebrations at Tumaini Open Grounds in Ongata Rongai in Kajiado.

Guchu urged Kenyans to build toilets for improved sanitation, saying improper human waste disposal may lead to spread of diseases. She said 60 per cent of the diseases reported at Kenyatta National Hospital are water borne.

”Sewerage and sanitation coverage is still low while the demand is high and hence its development needs to be accelerated,” Guchu said. She called for combined efforts for intervention to improve

health and the environment.