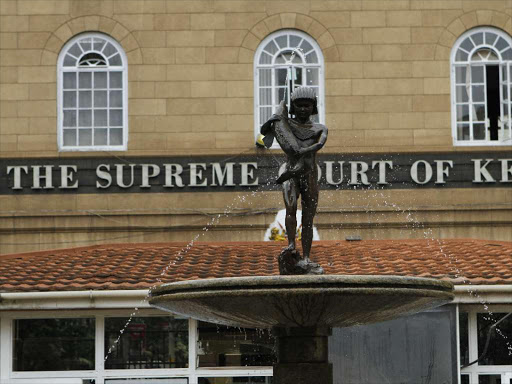 The Judiciary is entangled in a shocking human resource crisis, according to an internal report.

The skills mismatch mess has seen junior employees carry out roles far beyond their qualifications.

A human resource assistant, who ordinarily would be getting HR running smoothly by readying CVs and planning interview dates for new staff, has been ordered to do guard duty.

In some cases it was noted that a storekeeper was left to negotiate contracts and procurement.

Also unearthed, is unclear reporting lines and staff are often transferred, but their job titles are not changed to reflect their new roles or when they get to their new station, which means they are deployed based on a need, regardless of their actual job titles or employment history.

The 147-page report seen by the Star, recommended various things that need to be implemented by the Judiciary to enable to effectively deliver on its mandate.

Also suggested is recruitment of right staff with right qualification and experience and installation of an integrated human resource information system. The Judiciary has been asked to use automated central phone care centre and redeploy telephone operator for efficiency.

Also recommended is issuance of appointment letters, which will show new positions and tasks to be carried out by staff once they are transferred or promoted.

The report indicates that the Judiciary did not have approved administrative structure, clearly defined functions and job descriptions.

This in turn has created duplication, overlaps of functions and unclear reporting lines.

There was also weak chain of command between the court stations and the regional offices, which could lead to cases of indiscipline.

To make matters worse, the Judiciary staff, including judges and magistrates, were found to have low ICT literacy level. This is further complicated by lack of adequate computers both at the court stations and headquarters.

And the only training institute, which addresses the need of the staff, does not have a curriculum for specific needs such as ICT, procurement and HR to effectively equip the support staff.

Judiciary has for the longest time complained of under-staffing, which has contributed to backlog of cases.

But the report recommends that to remedy the staffing matter, the Judiciary should allocate at least three assistants to a judge. The three will be a court assistant, legal researcher and a secretary.

Every court station with up to 10 magistrates should share one transcriber and a legal researcher.

“I want to specifically clarify that there will be no job losses. There will only be readjustment and movement within structures to ensure the desired optimal allocation of the current human resource outlay in the Judiciary,” Maraga said.