Thieves break into Oburu's home, steal all his chickens 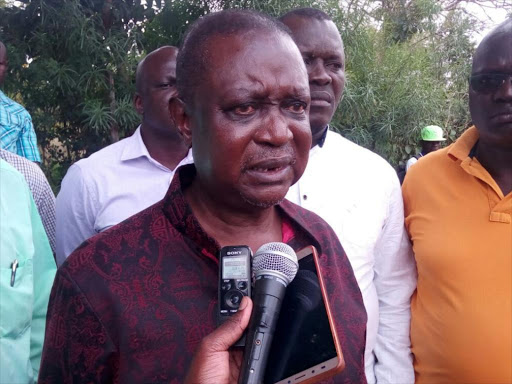 Oburu Oginga. Thieves broke into his Bondo home and stole all his chickens /LAMECK BARAZA

A gang operating in Bondo town on Wednesday night broke into the home of East African Legislative Assembly MP Oburu Oginga and stole more than a thousand chickens in the poultry yard.

Oginga decried the escalating rate of insecurity in Bondo town and called for quick action to arrest the situation.

“The insecurity situation in Bondo town has soared to high levels. The thugs raided my home and made away with all the chickens in my farm. They also raided the home of nominated member of the Siaya county assembly Tabu Osewe and also stole all her chicken stock, including other valuables,” he said.

Criminal activity has been on the rise, including murders and robberies.

“The other day the thugs butchered an innocent man - my own farm attendant - and dumped his body at a nearby dam," Oginga said.

He also recalled how a young man was killed in an estate in Bondo town in the full glare of his family members when they were having dinner.

Oginga called for an overhaul of the security system in Bondo subcounty, adding some police officers have overstayed and "outlived their usefulness".

“Bondo is endowed with all manner of security personnel, yet these murders and the worrying security trends increase every other day," he said.

Oginga said some murders happen a few meters from the police station.

On the ongoing crackdown to restore sanity on the roads, Oginga criticised the police for harassing boda boda operators.

Maranda police commander Boaz Odero said officers have launched an operation to weed out gangs and called on the public to help with information.