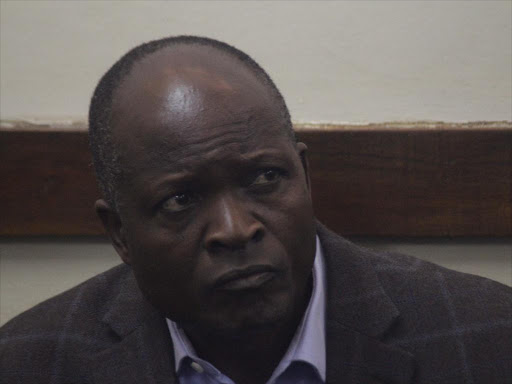 Migori Governor Okoth Obado has sacked an executive and left two positions open in a Cabinet reshuffle aimed at reining in infighting.

The governor met his close advisers in Migori town on Tuesday before announcing the reshuffle.

In a statement read by director of press Nicholas Anyuor, Trade executive Elizabeth Ochaye was replaced with Sheila Ghati, who was moved from Public Service Management.

"In the interest of service delivery to the great people of Migori county, I have made the changes," Obado said in the statement.

Elijah Odhiambo will be the Land executive, while Moses Chamwada will be in Public Works. The two will hold in an acting capacity the Public Service and Environment dockets.

The county secretary is Christopher Rusana.

Several chief officers were also dropped during the reshuffle.

On October 30, Migori County Public Service Board chairman Peterlis Nyatuga said several positions would be vacant by December 5 with the end of contracts.

They are 11 chief officers, two directors in Veterinary, Water and Energy departments.

"The pressure of vacant positions coupled with political and legal pressures on governor has seen infighting among staff. We expect more changes," a source said.

Obado was arrested on November 14 after guns were found in his homes. He was released on Sh500,000 bail. The governor is also facing charges in the murder of Rongo University student Sharon Otieno.

Migori traders chairman Tobias Omino and secretary Samuel Migore lauded the governor for the changes, saying the sector was lagging.