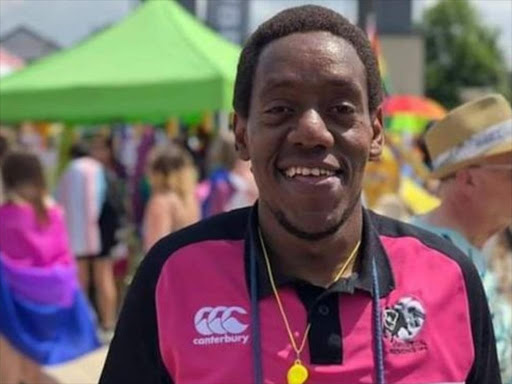 Kenneth Macharia says he will be persecuted for being gay if he is deported to Kenya. /BBC

A rugby player who is homosexual, whose claim for asylum was rejected, fears he will suffer violence if he is forced to return to Kenya.

The LGBTQ+ team said Mr Macharia feared "persecution and violence in Kenya because he is gay".

In a statement on Twitter, his teammates said he was "an integral part" of their group.

"His commitment to the ethos of rugby and inclusive gay rugby is second to none. We are at risk of losing one of the herd," the statement continued.

Macharia contacted members of the team for help via text messages last Friday.

Since then he has been detained at Colnbrook immigration centre, near Heathrow Airport.

The BBC has contacted the Home Office for comment.

Bristol Bisons manager, Lee Penfold, said Mr Macharia had been "with the team for a long time" and if sent back to Kenya would "face almost certain persecution".

"No person should ever have to face this," Penfold added.

Homosexual acts are illegal in Kenya and punishable by up to 14 years in prison.

Macharia is also a member of LGBTQ+ group Kiki, which supports gay members of black and ethnic minority communities.

In a statement, the group said they were "saddened to hear about the pending deportation of Kenneth".

"The Home Office's decision to deport will put Mr Macharia in danger of persecution and harm" the group said.