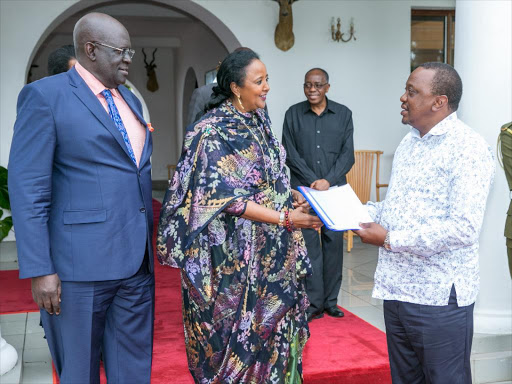 The former deputy prime minister said deploying many security officers during the exams intimidated students and affected their level of concentration.

“I want to thank the Ministry of Education for ensuring that there was minimal cheating in exams. However, they have to reduce the number of police officers in exam rooms,” he said.

Musalia was responding to questions from the Star after KCPE exam results were released yesterday at the Star of the Sea Primary School in Mombasa.

“I also call on the ministry to come up with means of ensuring that the young students are not involved in sex to stop early pregnancies,” Musalia said.

He said the exam process must be proactive with structures put in place to address emerging challenges in the education and career sectors.

“I also call on the ministry to continue investing in research and improving education to meet the demands of the economy,” he said.

The Nasa principal said the future of the students who failed in KCSE should not be a closed-door arrangement so that they can achieve their goals.

“The Education ministry should also ensure that the future of the young children who may have not qualified to go to the secondary schools is well-taken care off. They are still young people and the ministry should provide alternative opportunities to support their growth,” Musalia said.

The President said all the candidates who took the tests will be admitted to secondary school.

He also promised that those who do the Form Four examinations will get slots in technical training institutes and universities.

Education Cabinet Secretary Amina Mohammed said Form One selection starts on Monday. Over 50 per cent of the candidates scored more than 200 marks.