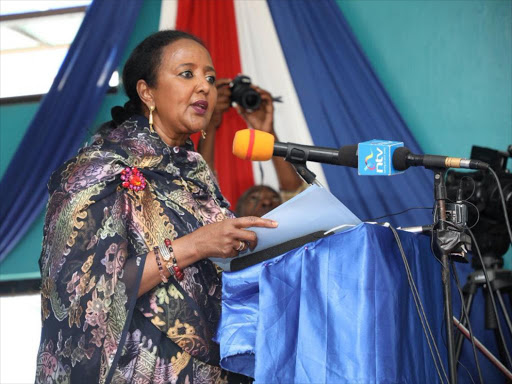 This is two marks lower than the best candidate in 2017,

Amina has announced the results

at the Star of the Sea Primary School in Mombasa.

KCPE began on October 30 and ended on November 1 with around 1.06 million candidates sitting their exams in 27,161 centres.

None of the nine KCPE papers was leaked.

"Several CSs went around the country to ensure that the exams are done in a credible way. I am proud that we have stumped out dishonesty," Amina said.

President Uhuru Kenyatta, Amina, and Magoha have all maintained that

the this year’s exam was free of cheating and other malpractices.

With more than 70,000 police officers manning the exams, there were few reported malpractice cases with three exam centres put on the spot over suspicious

The government has also maintained that no candidate will miss admission to secondary school.