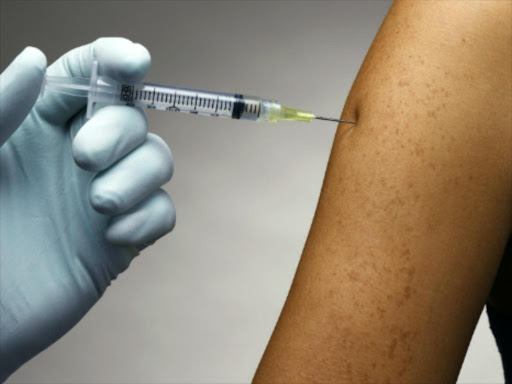 Depo is popular in Kenya because it is convenient and women only need a jab once every three months.

Millions of Kenyan women using injectable contraception to prevent pregnancy will soon know if the method actually increases their risk of contracting HIV.

Past studies particularly suggest the popular Depo-Provera could double the risk of a woman getting HIV or passing it to an HIV-negative partner.

But the link was not clear and the Kenya Medical Research Institute has been following 900 women in Kisumu to make a final conclusion.

Researchers were looking into whether ingredients in the drug are responsible for the increase in HIV infection, or if it has to do with the sexual behavior of its users.

Dr Timothy Mastro, a member of the overall study committee, on Wednesday said they have concluded the research and that findings will be out next year.

“We will release our findings in mid-next year. The World Health Organisation will then convene a committee of experts, which will make recommendations based on the findings,” he told journalists at the ongoing International Family Planning Conference in Kigali, Rwanda.

The Kemri research is part of the Evidence for Contraceptive Options and HIV Outcomes (Echo) study which followed a total of 7,830 women using contraceptives in Kenya, South Africa, Zambia and eSwatini for three years.

Mastro said the results of this randomised trial would provide the highest quality scientific evidence on hormonal contraceptives and HIV.

Participants were randomly assigned to use any of the three contraceptive methods: Depo-Provera (injectable), the implant and the intrauterine device.

"The study will assess whether the risk of acquiring HIV is different with the use of Depo, Implants and the IUD," he said.

Injectables are the most popular contraceptives in Kenya, used by about two million women (48 per cent of women on contraception).

Coordinator of the WHO's human reproduction team Dr James Kiarie said currently the WHO recommends women at high risk of HIV infection to continue using Depo as the organisation awaits Echo results.

Dr Elizabeth Bukusi, a chief research officer at Kemri, recently said Depo is popular in Kenya because it is convenient and women only need a jab once every three months.

Experts say even if the study links Depo to higher HIV risk, it is unlikely to be withdrawn without a viable replacement.

“So overall there would only be 14 fewer HIV infections a year per 100,000,” according to ‘Re-evaluating the possible increased risk of HIV acquisition with progestin-only injectables versus maternal mortality and life expectancy in Africa’, a study published last December in the Global Health: Science and Practice journal.