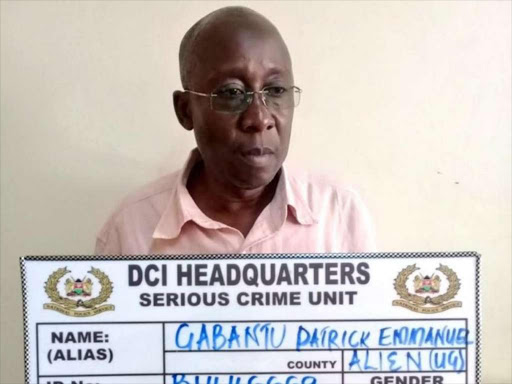 Patrick Emmanuel was arrested by the DCI on Tuesday, November 13, 2018. /COURTESY

Six more suspects have been arrested

in connection with the Electronic Fraud targeting Kenyan saccos.

The DCI in a tweet on Wednesday, said the victims are members of

Ugandan national was arrested on the charge of defrauding members of the saccos millions of shillings.

who resides in Kawangware, was nabbed alongside two Kenyans Zahra Ahmed and Abdullazac Rajab.