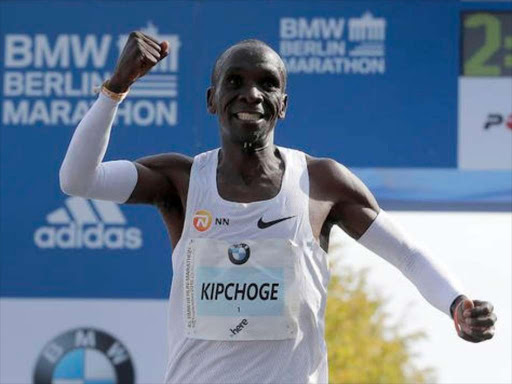 Kipchoge and Berlin Marathon champion Gladys Cherono were named as the male and female winners of the 2018 AIMS ‘Best Marathon Runner’ Awards.

But in a video posted on Twitter on Friday, Kipchoge said he will not be able to attend the gala.

am humbled to be awarded the AIMS marathon athlete of the year award. Unfortunately, I can't be there in person but wish you all a wonderful gala," he said.

Kipchoge thanked the AIMS for their support through the

year and their encouragement.

The AIMS athletes’ nomination committee decided that Kipchoge and Cherono were the outstanding candidates for the awards based on their performances over the past 12 months (October 1,

Kipchoge is undefeated in the marathon in 2018, having won London in April and Berlin in September.

Cherono won the Berlin Marathon in a world-leading time of 2:18:11 and finished fourth at the London Marathon earlier in the year in 2:24:10.